Scaling your company is almost like planting a seedling. Its surroundings play a large part in whether it grows or collapses.  When your company is in a time of transition, choosing the right ecosystem can be a make-or-break decision. Choosing the right local for your second office, satellite office, or even corporate headquarters can be challenging – but it doesn’t have to be.

Many businesses feel like they have to choose between the factors that are most important to them. However, our City Selector Tool can be used to balance your company’s needs and create customized lists of potential locations based on criteria you select and rank. For example, Detroit, Michigan is one of the most affordable cities and ranks #1 for “bounce back rate in covid-19 unemployment rate” in our data tool.

The key is to assess your own company’s needs and go from there. Below is a description of the four key groups of location attributes and criteria to help you evaluate your growth plan based on data. 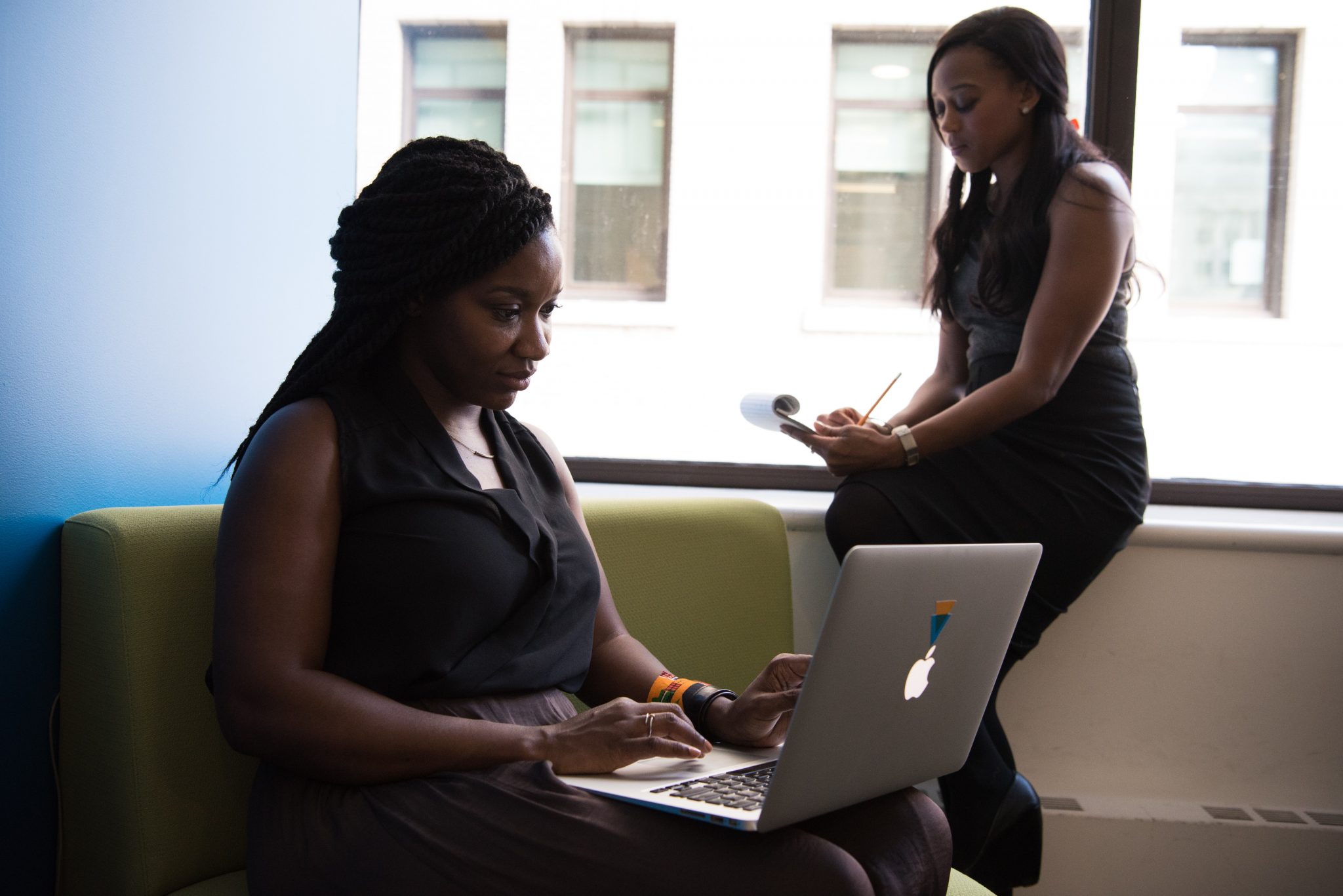 High-growth companies often need access to large, specialized talent pools. Over the past couple of decades, high density cities like San Francisco and New York dominated the tech realm by attracting innovative minds who sought the dynamism and conveniences of large cities. However, top tech talent is emerging in and moving to unlikely cities outside of the “typical” tech hubs.

Universities in Pennsylvania and Texas have had an increased focus on tech and innovation in STEM fields, resulting in graduates that are well positioned to be tech leaders in their field. The growing robotics industry in Pittsburgh and burgeoning startup scene in Austin serve as testaments to the growth of their respective talent pipelines. In Texas, top universities like Texas A&M, Rice University and the University of Texas at Austin have led to incredible economic growth, even in times of national recession, in Dallas and Austin alike.

Dallas, much like Atlanta, hosts a number of Fortune 500 companies that attract IT professionals to the city. Dallas, home to AT&T, Southwest Airlines, Texas Instruments and Ericsson provides market opportunity with a low cost of living and a lively cityscape. Atlanta, home to Coca-Cola, Global Payments, and Westrock also give top tech talent a uniquely southern urban environment that is energetic and, simultaneously, feels like home.

In our tech tool, if you apply filters like “STEM Index” or “Population with Bachelor’s Degrees” you’ll see cities like Austin, Denver, and Atlanta at the top. You might notice that Phoenix is a very fast growing city with over 600,000 people between ages 25 to 34 with a bachelor’s degree.

CBRE, in its mapping of tech talent in 2020, measured key demographic metrics to understand where highly skilled and motivated talent is, and will be, concentrated. When measuring Educational Attainment Rate, their top 10 include Austin (#4), Denver (#5), Atlanta (#6), and Raleigh (#7). The cities with the highest annual tech degree completions include Chicago (#6), Atlanta (#7), Dallas (#8), Philadelphia (#9). 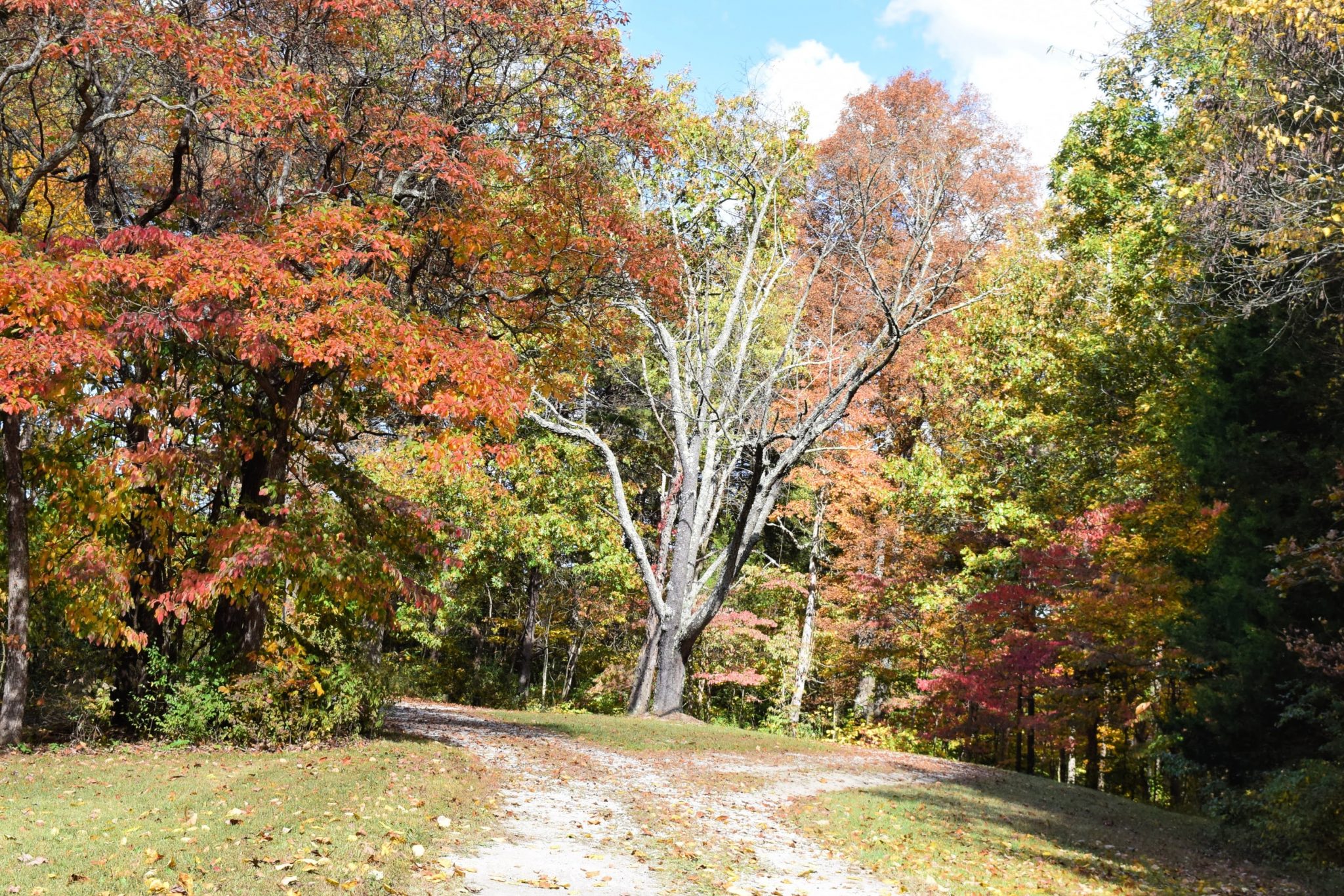 When measuring the factors that make up a good quality of life, access and affordability play a key role. A city ecosystem that creates infrastructure and policies with life quality in mind tend to have a higher volume of highly skilled and highly educated residents. A good ratio of affordability to concentration of skill lowers compensation pressure to recruit and retain top tech talent and is more likely to lead to higher employee satisfaction.

Even when thinking of the best places for company expansion for your distributed or remote company, the quality of life in your “headquarter” cities can influence everything from talent retention to brand equity. WalletHub’s top 10 cities for STEM professionals’ quality of life include Atlanta, Austin, Pittsburgh, Raleigh and Salt Lake City. 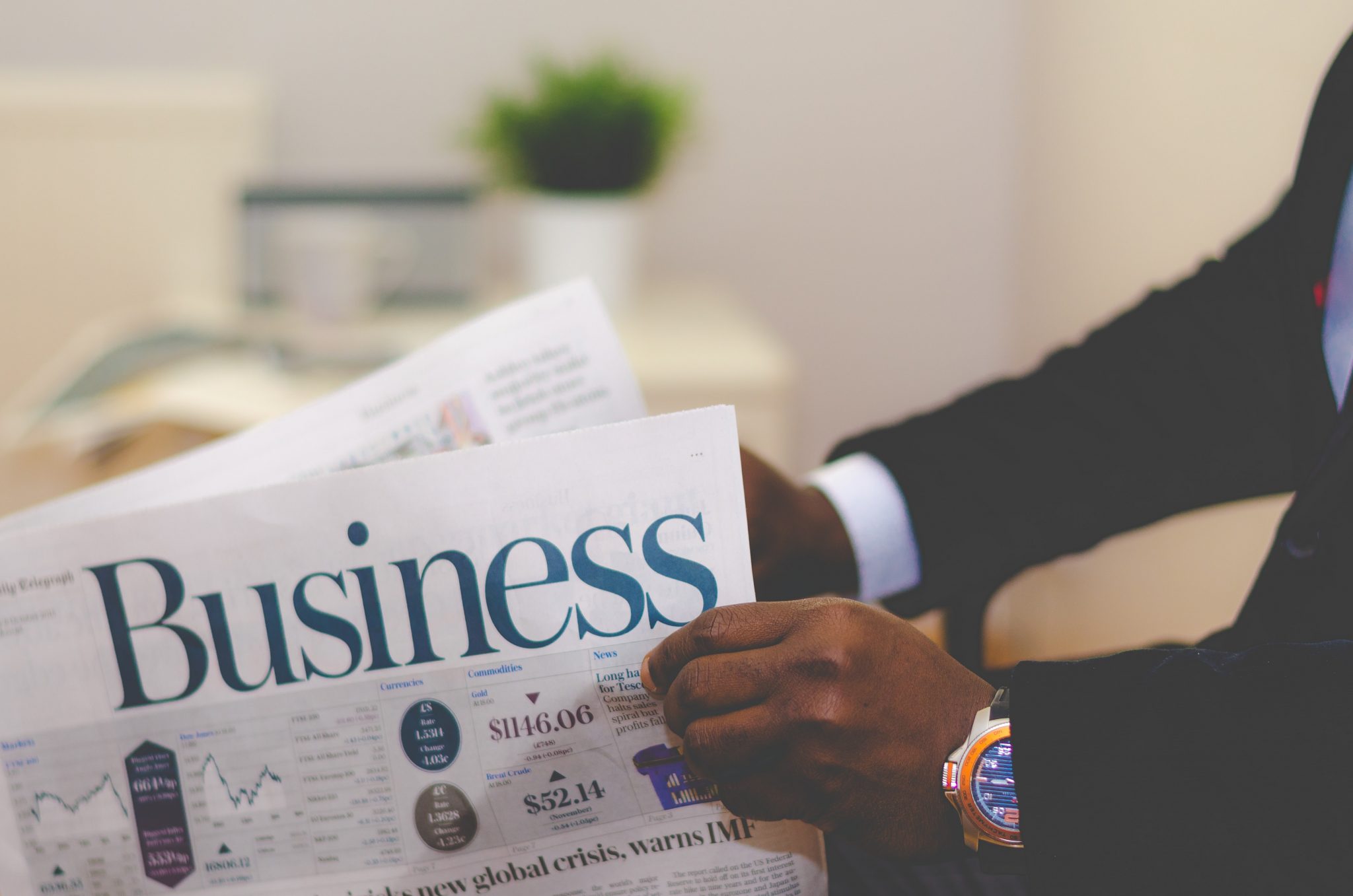 Each city’s economic development corporation and the degree to which they are open to new and growing businesses creates market opportunity for your expanding company. Private-public partnerships like Launch Tennessee make cities like Nashville the underrated contenders for entrepreneurial growth. The initiative has created networks of startup founders, investors and relevant local government agencies that share opportunities and knowledge for collective growth. Denver, considered to be the US city with the lowest startup costs and, because of this, entrepreneurship in the Mile High City has fueled hiring in the state, overall. LinkedIn’s 2019 Workforce Report notes that Denver gained the second highest number of workers compared to other tech cities in 2018. Austin gained the highest.

Tech hubs that keep the costs of doing business affordable encourage company growth, particularly for small and medium sized enterprises with plenty of room for expansion. Something as basic as rental and utility costs for any of your brick-and-mortar facilities can set the foundation for your long term revenue and profits. Beyond that, pro-business tax policies are one of the greatest influences on company growth. State and local policies that impose high business taxes have led even the largest tech corporations to relocate to a more favorable business environment. 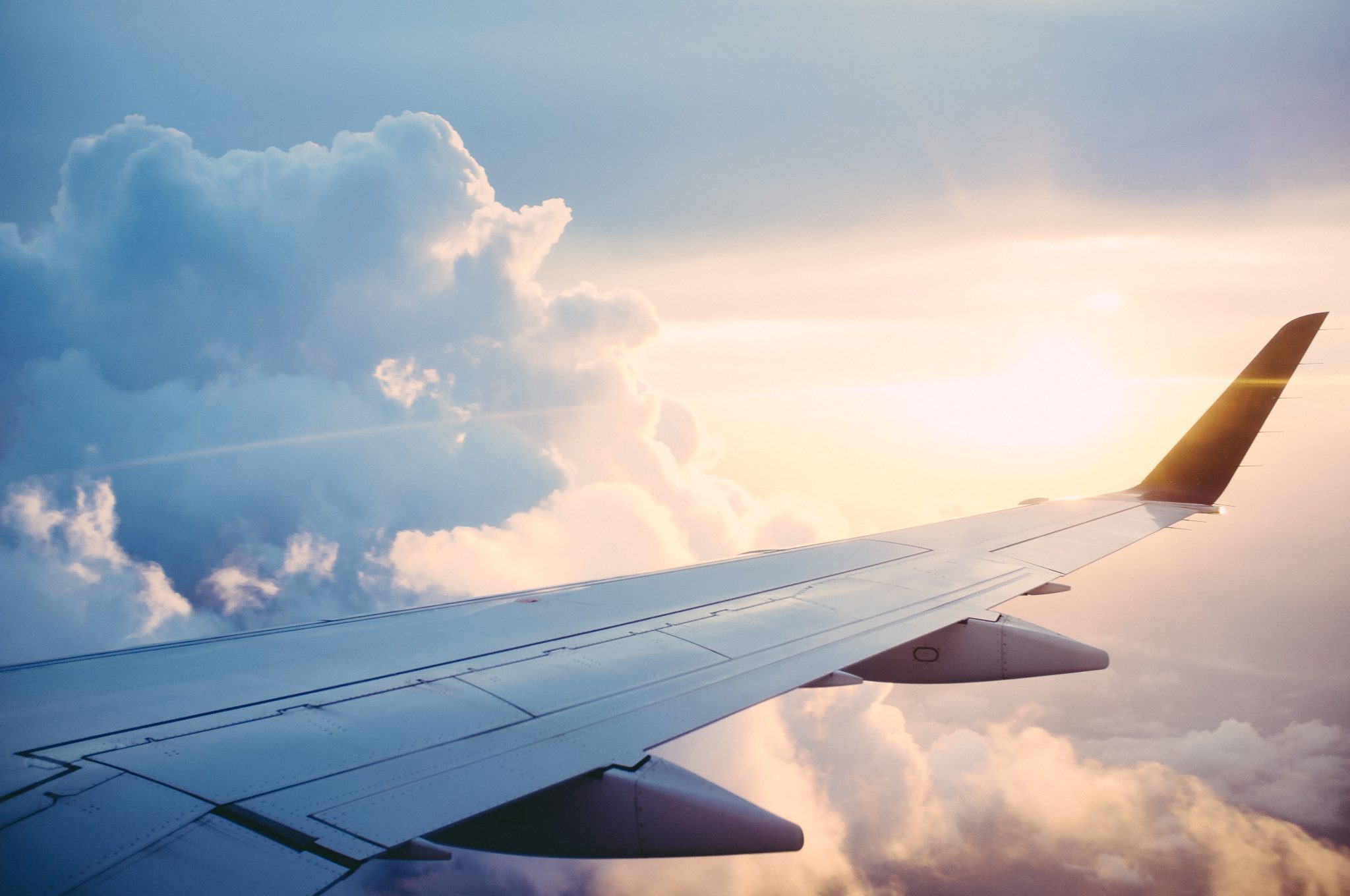 In considering the practical aspects of business growth, physical location still plays a large part in the potential success of your company. Even if your business operates fully remotely and online, factors like internet access and proximity to other tech hubs play a role.

Cities that are “hub-adjacent” or have access to large airports also help create an accessible home base for your company, whether your team is based entirely in the US or is global. Hartsfield–Jackson Atlanta International Airport (ATL) is considered one of the busiest airports in the US. Chicago’s O’Hare International Airport (ORD) and Dallas/Fort Worth International Airport (DFW) also top the list with at least 75 million passengers going in and out in an average year. Cities with airports that are accustomed to a high volume of air traffic and connect to domestic and international hubs make it easy and cost-effective to bring in and move around your team.

Many tech companies will seek out cities with prime internet speeds. With unprecedented levels of business being done virtually, fast internet is more important than ever for seamless communication and virtual meetings. Using the filter “Mobile Internet Speed Index” in our data tool shows cities like Austin, Atlanta, Pittsburgh, Salt Lake City, and Dallas at the top.

We know that no two cities or companies are the same. At One America Works, we work closely with your leadership team to understand your talent and space needs, budget targets, short-term and long-term business goals and help identify which aspects of your company’s culture set you apart from the crowd. Then we’ll help you find the right city for your next office or new expansion based on a wide variety of data, including regional talent pools, cost, infrastructure, operational logistics, and a firsthand look at the local culture. Contact us to help create and expand your vision for your growing company.