With innovative companies across the country working to supply the growing demand for expansive telecommunications infrastructure, Dallas is quickly becoming a Telecom Tech Hub. The Dallas-Fort Worth metro area houses several telecom-related companies, like MetroPCS, Fujitsu and Cisco Systems. This growing industry is a central pillar of the local economy and cultivated an ecosystem that has created integrated solutions for other sectors; for example, telecommunications solutions for the healthcare industry. 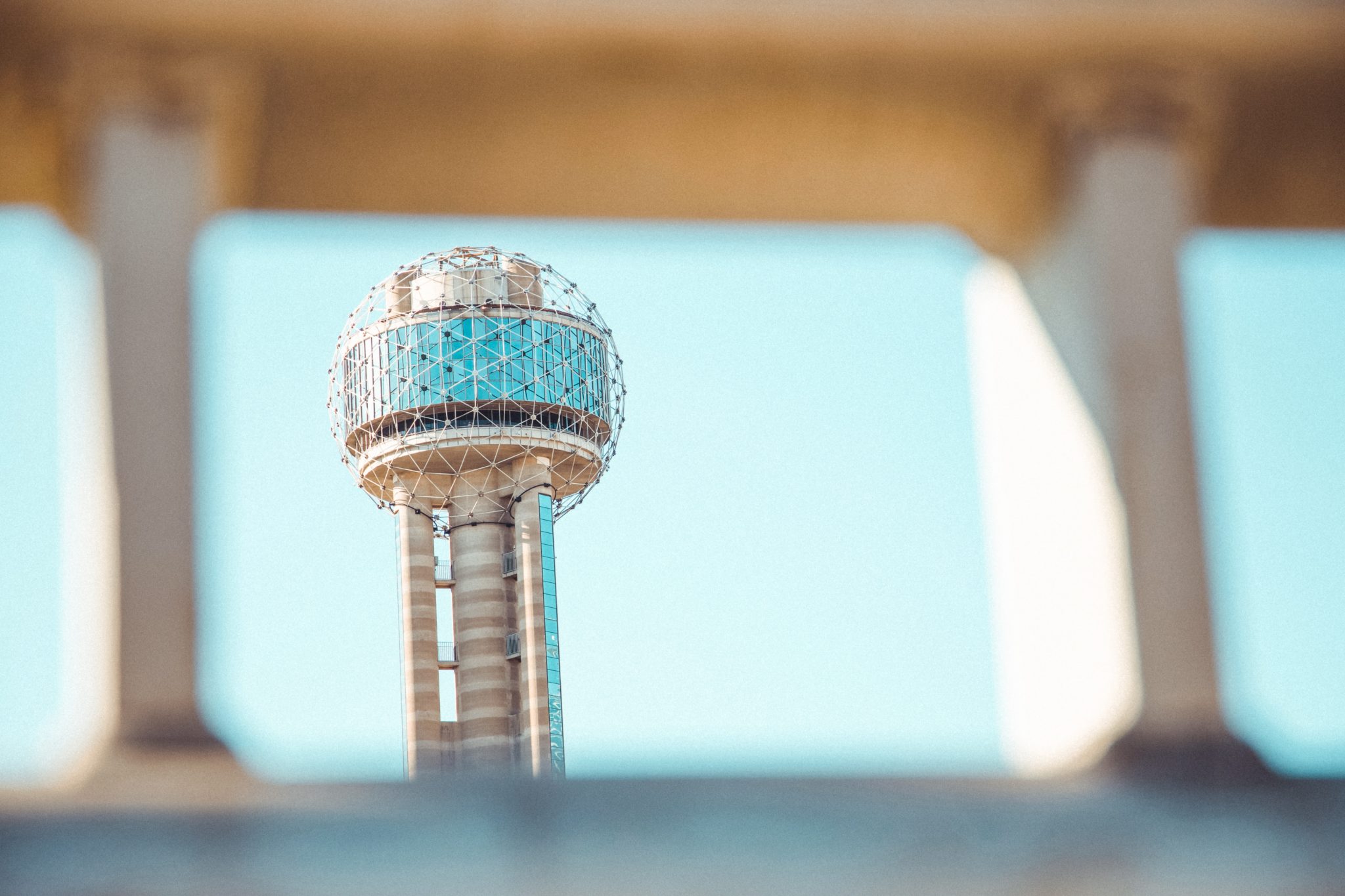 Telecommunications is one of the fastest-growing tech sectors right now. Due to Covid-19 and the rapidly virtualized world of the 21st century, telecommunications is more important than ever for company expansion. Telecom is essential to how modern society operates. Whether you are logging on to a videoconference, using satellite, or sending any word, voice, video, or audio virtually, you are relying on the infrastructure that a telecom company has created.

Broadband connection is becoming increasingly important, and companies are willing to pay more for fiber optics and upgrade to stronger networks. While companies once relied on condensed systems that only needed to work well in office buildings central to all employees, COVID-19 has forever changed how essential telecom is to the second office approach. Call center employees went from all working in one place to working at home, which meant that companies had thousands of hubs happening from each home office.

From fully online entertainment to education, museums, digital business building, and more, telecommunications is in a period of rapid growth. Telecom companies can position themselves for success today and in the future by focusing on the needs of consumers, offering new services and entertainment bundles, and working to monetize wireless networks through innovative business models. 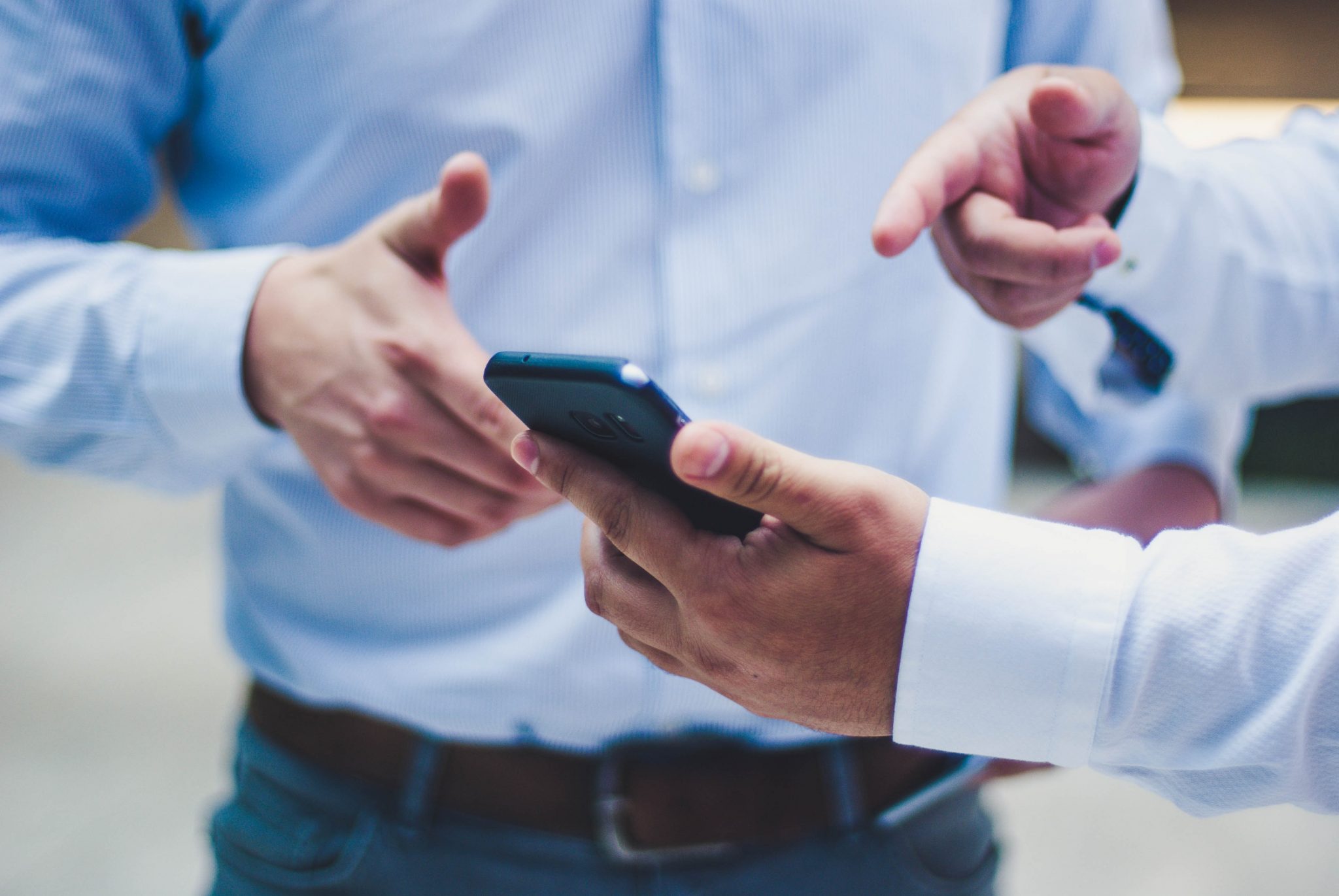 Texas has long been home to some of the most prominent names in tech, and today is no different. Investment in the region is high as companies are able to tap into a solid, proficient workforce. In 2017, 8% of the Dallas-Fort Worth metro area was employed in the IT and telecommunications industry cluster. Tech companies in Dallas are at the forefront of the rising in telecommunications, and many of them have experienced significant growth over the years. According to D Magazine, “There are more than 864 privately owned telecom companies here and dozens of public companies that have either set up their North American headquarters or established a large presence in DFW,”. AT&T moved its headquarters to the Dallas-Fort Worth region in 2008, and now employs 14,000 workers in the region and over 36,000 across the entire state. Now, Dallas is also the corporate home for Texas Instrument, which was founded in 1956.

Once at the forefront of LTE technology, now DFW is innovating with 5G wireless efforts alongside many large telecom companies. According to Jon Freier, T-Mobile’s executive vice president of consumer markets, the nation’s 3rd largest wireless provider will spend $30 billion on 5G by 2024. And a lot of that will be spent in the North Texas region. Other wireless providers also have a strong existing presence in DFW including Verizon who employs about 3,000 people in its new Hidden Ridge development in Irving and Sprint (pre-merger) who held its nationwide 5G launch party in Irving.

As one of the fastest-growing tech cities in the country, Dallas tech jobs number nearly 230,000 people. Half of the tech force is working in telecommunications. The Dallas Telecommunications industry is also capitalizing on the rising of cloud computing, and Dallas telecom companies are continually on the cutting edge of innovations in telecom infrastructure. 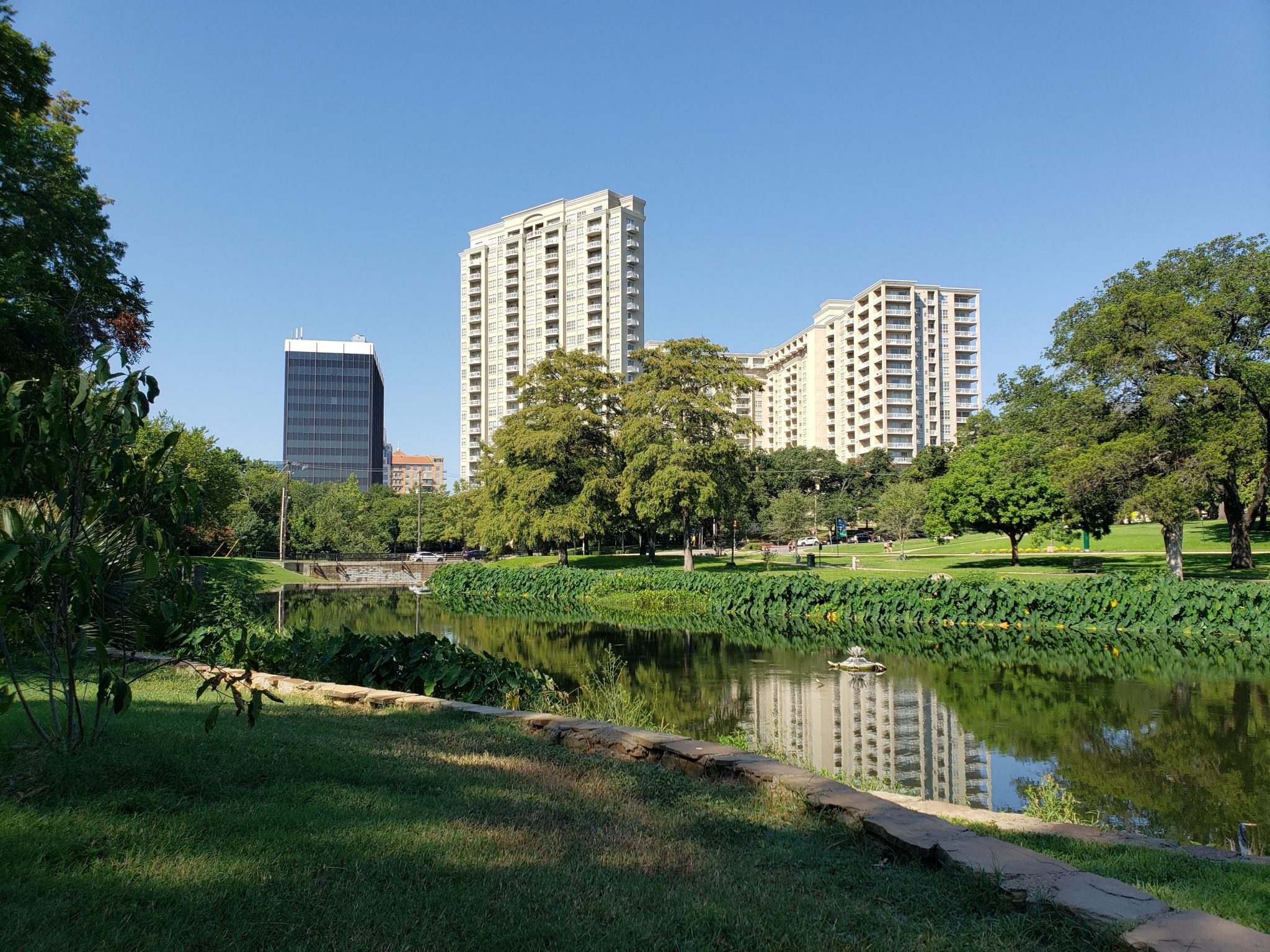 The telecom sector in Dallas has attracted other individuals and businesses to the area who hope to contribute to the booming industry. But why Dallas? What are some of the characteristics that are helping the city grow? From institutions producing top-tier talent to a vibrant cultural scene, many aspects of Dallas employers and employees to the area.

As of July 2020, the expanding tech labor pool and rise in the population of millennials have resulted in DFW ranking in the top five for the most prominent tech talent in the country. Tech grads in the area have made for a talented hiring pool with a diverse workforce of millennials from across the country. The labor force here is deep enough to support the need of any new Dallas telecom companies moving into the area. In addition to younger millennials flooding the Dallas tech arena, those who previously worked in San Francisco or other Tech areas are moving to the Dallas Fort Worth region for lower living costs and vibrant culture.

The culture and community of Dallas is a driving force in the success of the Dallas telecom industry. While living costs are generally lower than other Tech areas, other significant pluses are high business freedom and high rankings for economic growth, leisure, and culture. The rise in population has led to an explosion of the downtown area, new restaurants, sporting events, and more. Dallas’ culture is expansive. The Dallas community is diverse and growing, making it an ideal place for Dallas Telecom.

Dallas telecom is thriving is due to the comprehensive resources for Dallas Startups and entrepreneurs. There are hundreds of investors ready to immerse themselves in new business. There is an extensive network of start-ups and entrepreneurs. Broadening Urban Investment to Leverage Dallas (BUILD) is just one avenue to find the resources you need to succeed in Dallas. Dallas Innovates allows Dallas telecom start-ups or other Dallas Tech giants to build a network of support that fuels the continued tech growth in the region. 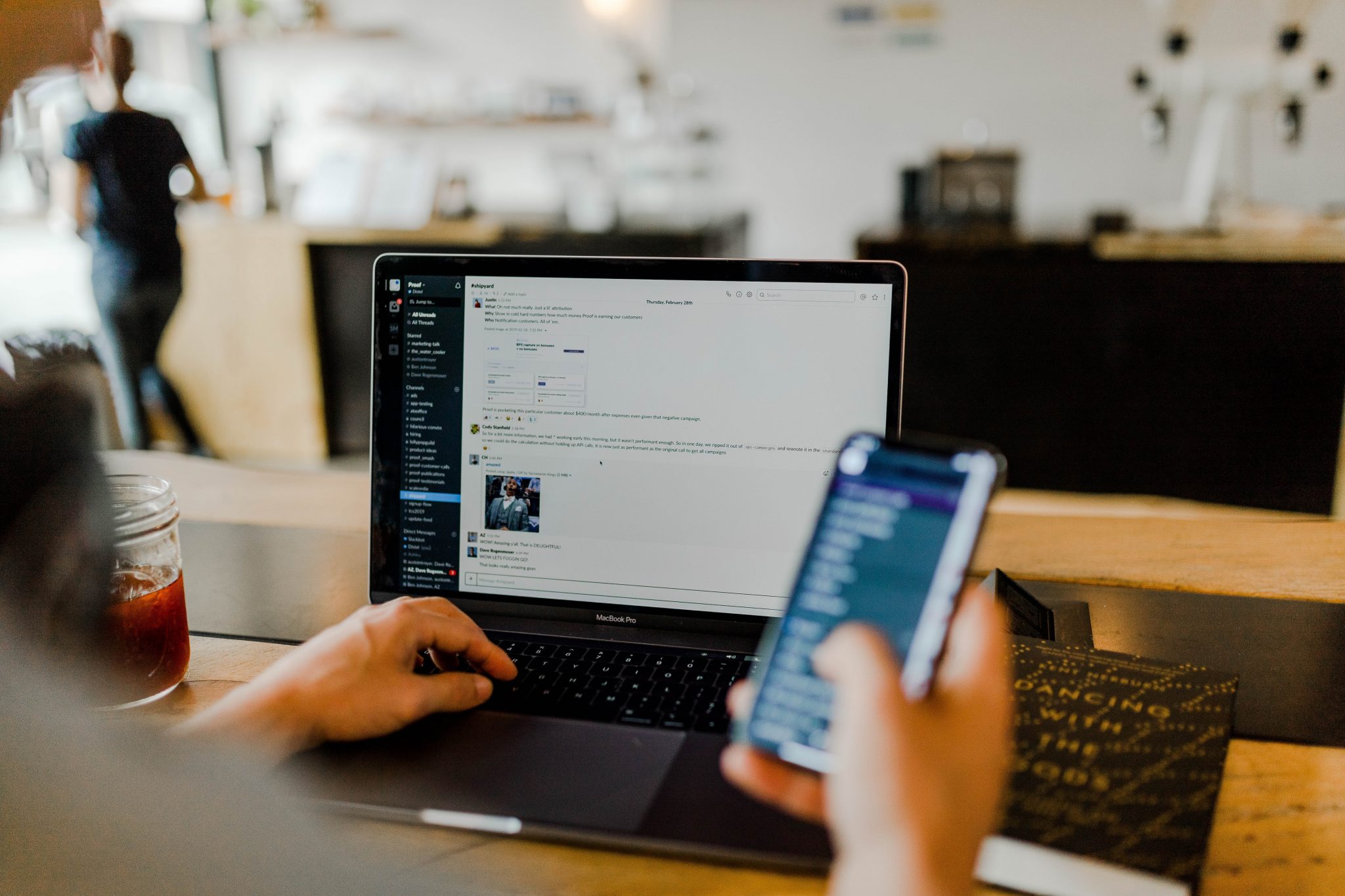 Companies Find Success in Dallas-Fort Worth

In addition to giants like AT&T and Texas Instruments, Dallas is home to several other large tech companies. Pinnacle Group, Telvista, and Solera employ more than 10,000 tech professionals combined. The Richardson Innovation Quarter is a 1,200-acre area in the heart of the city that is home to tech companies both large and small. As more tech companies seep into DFW, international companies are following suit. Dallas is one of the fastest-growing cities in the US, and its tech and telecom sectors are going to continue to grow

One America Works is ready to help individuals and companies thinking of making Dallas home. Learn more about what makes Dallas a great place to grow a company, start a career, and more. Stay up-to-date on other growing cities through One America Works and follow us for more trends worth your attention.