A city of startups and IPOs

A city of startups and IPOs

The startup scene in Pittsburgh is an intricate ecosystem with abundant resources available to enthusiastic entrepreneurs, small businesses, and scale-up companies. With the right mix of available talent, capital, and community networks, the city has been able to make a name for itself as one of the most innovative hubs for tech – not only for big companies like Facebook, Zoom, and Google – but smaller startups with big ideas. Recently, Pittsburgh was ranked 23rd out of 100 emerging startup ecosystems around the globe according to Startup Genome’s 2021 Global Startup Ecosystem Report.

As Pittsburgh transformed its steel industry reputation to compete in the digitized economy, it continues to be at the forefront of creativity and innovation in the tech realm, giving way to several of the most cutting edge technologies in the world. Notable startups like Astrobotic, Aurora, and CleanRobotics have made strides in some of the foremost growing tech niches including autonomous vehicles and artificial intelligence.

Additionally, a lot of recent attention has been focused on recent IPOs from Pittsburgh-based companies. Language-learning platform Duolingo’s recent IPO was one of the the first major companies to go public out of Pittsburgh’s burgeoning startup scene. According to long-term investor Catherine Mott, this is “a positive development for the city, as the wealth created in that public-market exit will likely be invested in the homegrown startups being built there,”. Many leaders in the local tech scene believe that other big exits will get underway in the City of Champions, generating even more startup activity in the area.

Read more about Pittsburgh’s ventures and successes in this edition of The Mid-Point. 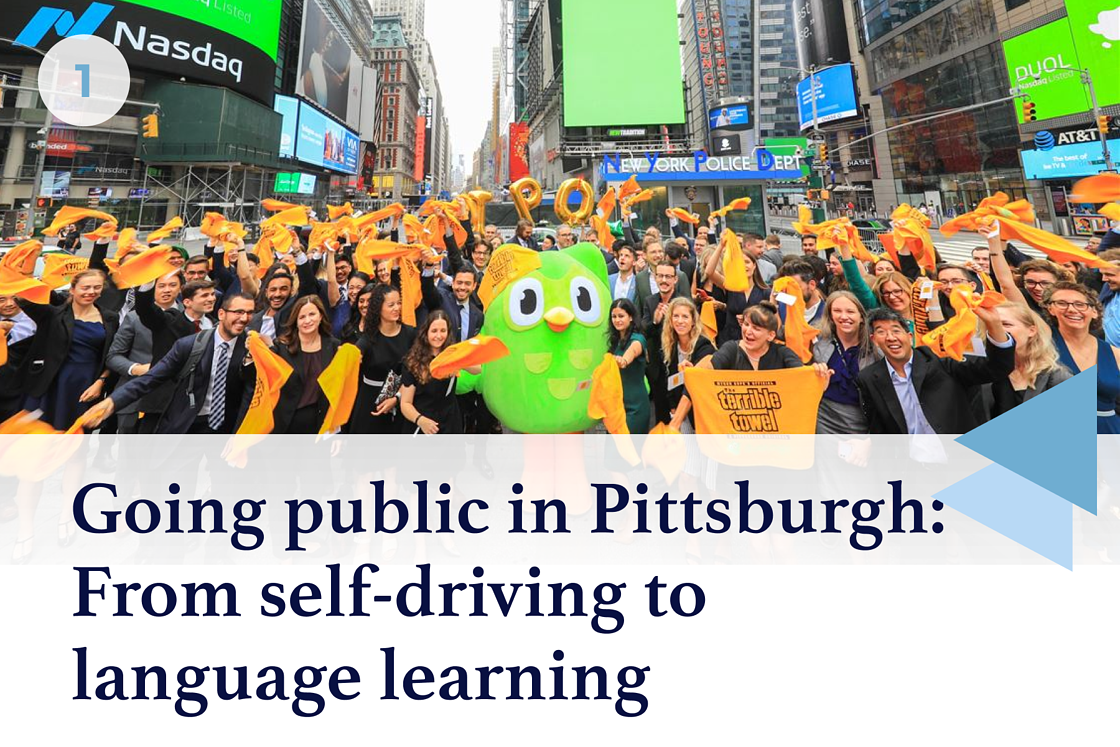 With Terrible Towels waving in Times Square, East Liberty-based language learning startup Duolingo marked its first day of public trading on the Nasdaq stock market in July. Two weeks earlier, self-driving startup Aurora Innovation, which has headquarters in Lawrenceville and the Strip District, had announced its own plans to go public… Read More 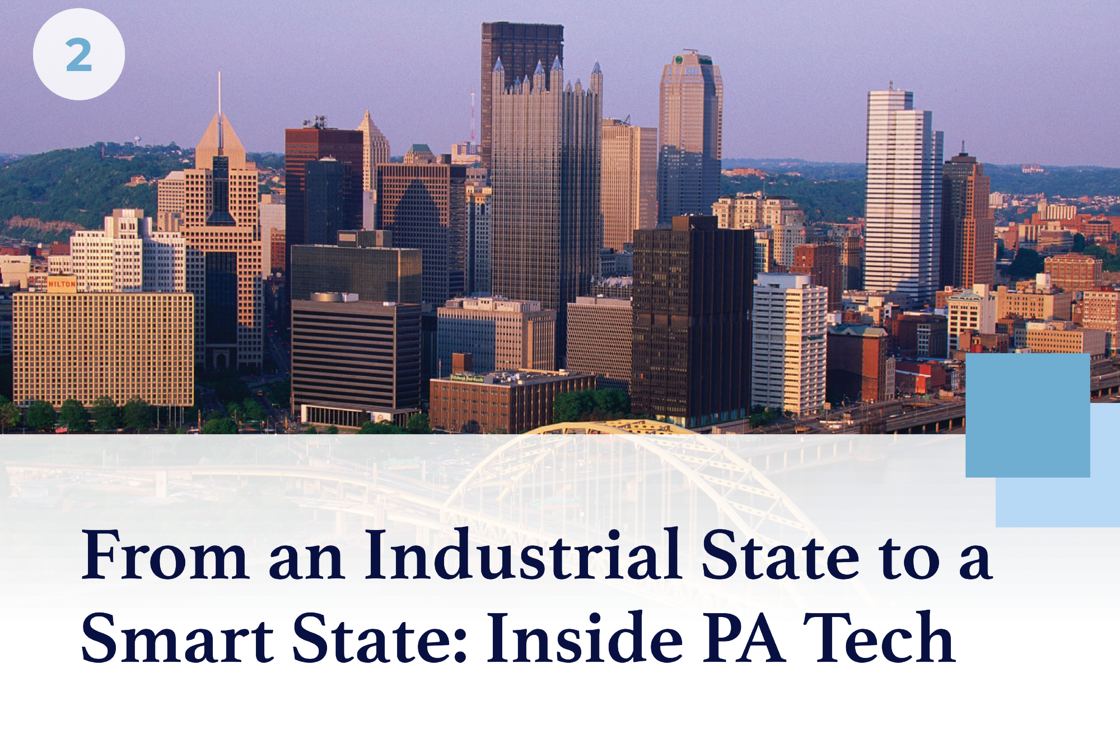 With strong industrial roots, Pennsylvania has long been synonymous with the various manufacturers that established themselves there throughout the 19th and 20th centuries. From coal, iron, and steel, to textiles, pharmaceuticals, and processed food factories, Pennsylvania was home to a diversity of enterprises. The challenge only started when the headquarters of the computer industry moved to California and the focus of the global economy switched to technology. However, it didn’t take long until Pennsylvania became the place to start and grow tech-based businesses. The rise.. Read More 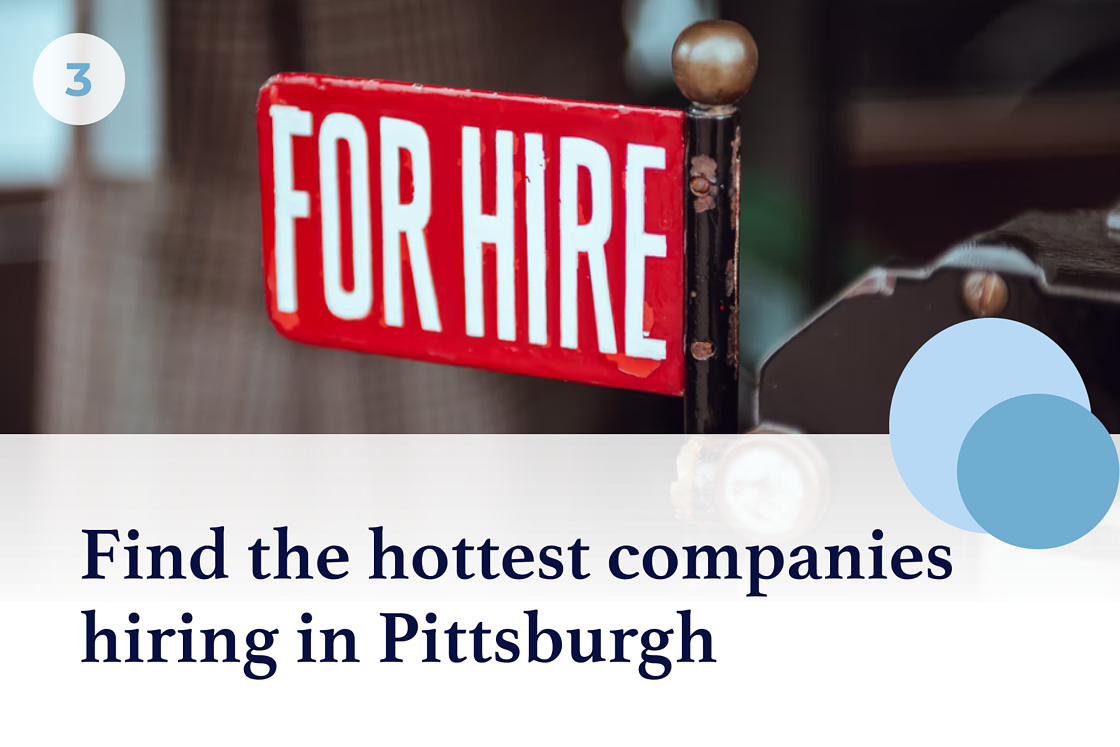 Pittsburgh has long been defined by its picturesque location at the confluence of three major rivers, as well as its identity as a hub of traditional industry and manufacturing. But over the past few years, big tech companies in Pittsburgh have been driving renewed growth in the city, and the Pittsburgh tech scene has exploded. No longer just a coal and steel town, Pittsburgh tech jobs are plentiful and increasingly in-demand from tech profs from coast to coast. Read More 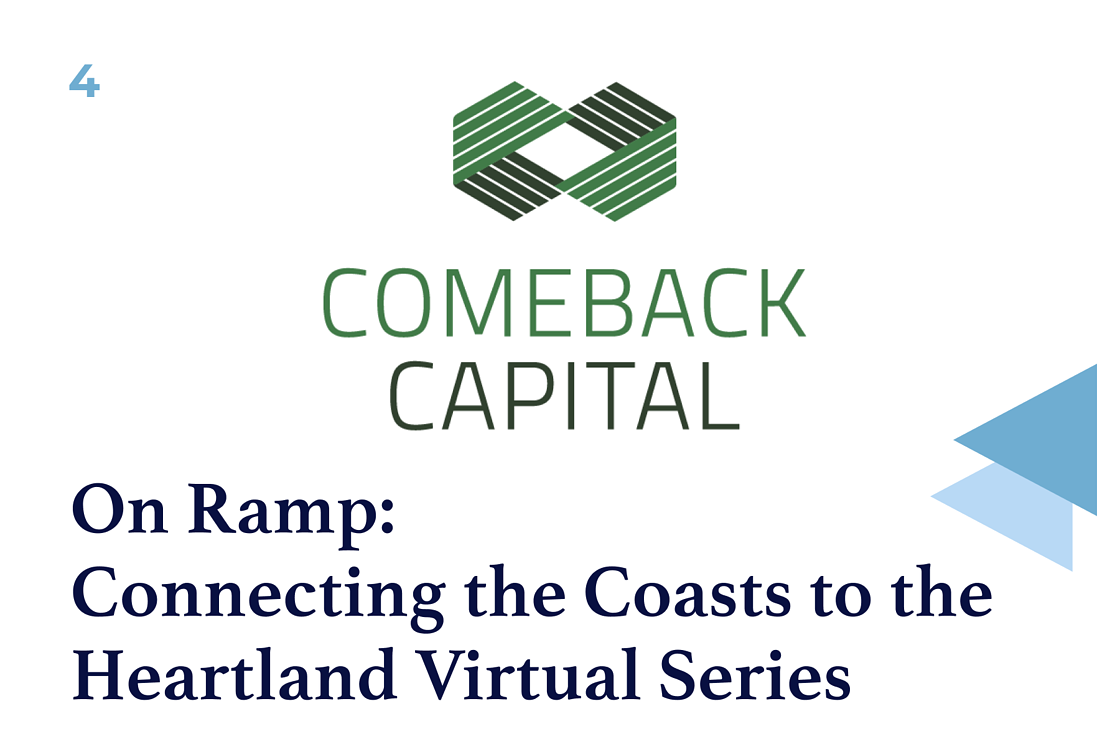 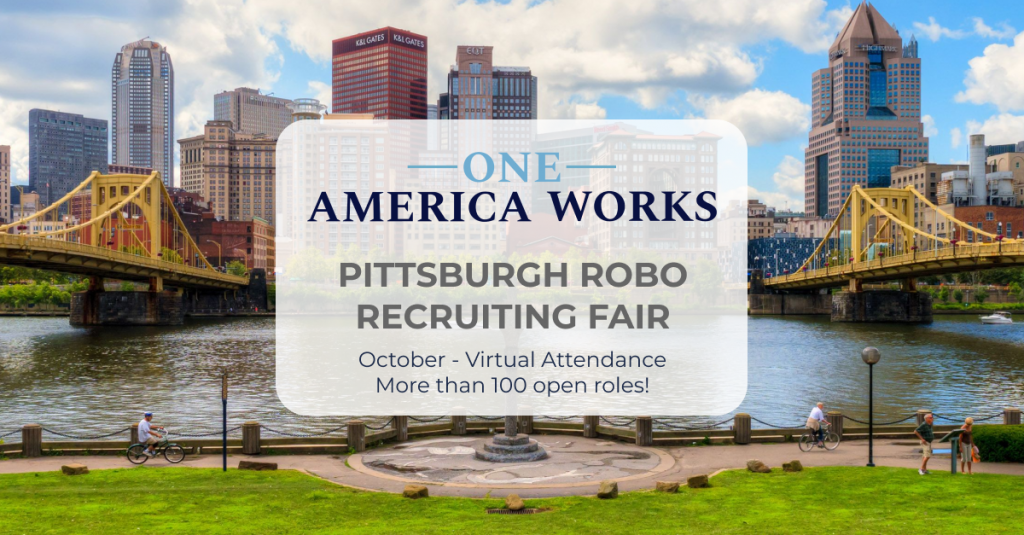 Our robotics fair is kicking off today! If you’re looking for your next career with one of these fast growing robotics companies, swing by the fair at 3:30ET. Here’s the link to join!