A City Green with Envy

A City Green with Envy

City leaders should start paying close attention to Tesla. The car manufacturer recently took on a valuation that made it worth more than 4X of Toyota and nearly 10X of Volkswagen. Yet, it makes roughly 1/10 the revenue of Volkswagen and produces 5M fewer cars. So why does this discrepancy exist? Because Tesla is seen as a model for the green future, and Volkswagen is seen as a legacy car company.

What would happen if New York decided overnight to become the greenest city in the world? It would fail miserably – the city, like Volkswagen, is simply too large to flip a switch like this. However, a smaller city like Indianapolis might be able to make this work. Indy could attract eco-friendly companies, focus on building bike paths and institute a Leed certification tax rebate. With a renewed focus on building the city of the future, Indianapolis could become the fastest growing city in the country — emulating Telsa’s success.

This would only help support a trend as employees, especially younger workers, value sustainability in their employers and communities. According to Deloitte’s global millennial survey, climate change and protecting the environment are millennials’ highest ranked personal priorities. A recent report from Unily showed that 65% of workers would prefer to work for a company with robust environmental policies.

The presence of green infrastructure also impacts individuals’ decisions on where they should live. Factors like bicycle paths, recreational greenspaces, electric transport options, and more are important to today’s workers.

Building a city to emulate Tesla’s success is a sure-fire way to help its growth. Read more in this edition of The Mid-Point. 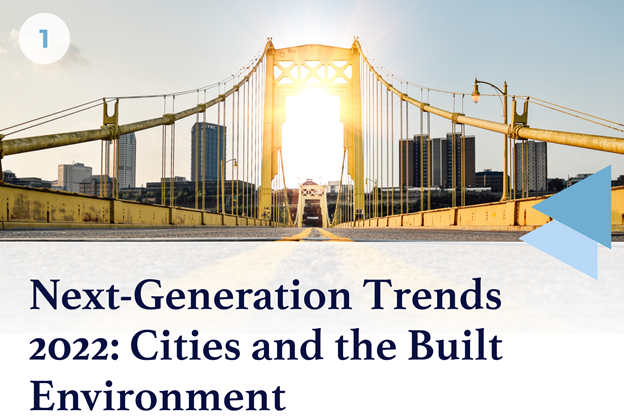 By 2050, more than 70 per cent of the world’s population will live in cities. Worldwide, more than 55 per cent already do. And as the global community becomes increasingly urban, cities will need be designed with sustainability in mind. Why? While there’s an accelerated demand for affordable housing, well-connected transport systems, and other infrastructure, the built environment is currently responsible for a huge 39 per cent of all global carbon emission – far higher than any other individual sector. Finding a way to meet demand and avoid climate disaster is a priority. Read More Employers hoping to keep up with demand by expanding their digital divisions in 2022 face a rocky road. Whether you call it the great resignation, the great negotiation or the great reshuffle, the underlying premise is the same: millions of workers are planning to quit their jobs this year, lured by better salaries and the promise of more flexible working. This threatens to scupper tech projects, widen organizational talent gaps, and make recruitment in the tech industry fiercer than ever. To bridge this gap, organizations need to start connecting with the younger workers they’re trying to attract. One way to do this is by thinking green. Read More “Green” living means a choice to engage in cleaner, more sustainable habits in order to preserve the planet as much as possible. Nearly two-thirds of Americans say that protecting the environment for future generations is “very important,” and 56% believe that stricter environmental laws are worth the cost. To determine the cities promoting an environmentally friendly lifestyle, WalletHub compared the 100 largest cities across 28 key “green” indicators. Our data set ranges from greenhouse-gas emissions per capita to number of smart-energy policies and initiatives to green job opportunities. Read More 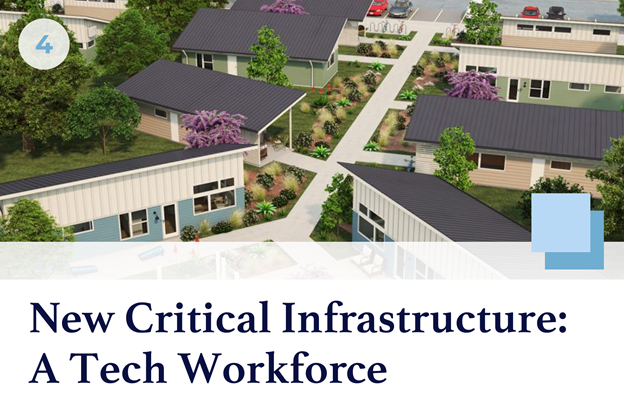 “Cities need to invest in housing and infrastructure,” said Patrick McKenna, executive chairman at Facet Wealth, and founder at One America Works, who participated in the session. “Cities become too expensive for missing middle and creatives, who are the people who make the city cool, but then they can no longer afford to live there. Demand comes in and pushes from the top down, squeezing out the people who make it interesting, diverse.” Read More

It’s not to late to join One America Works for our spring Fintech Remote Recruiting Event! We’ve assembled some of the best fintech companies to work for – all with amazing, fully remote roles. Once you fill out your application, all of these companies will have an opportunity to review your resume and set up 1-on-1 interviews.

The event is ongoing and running now through May 15, but don’t wait! Learn more and register here.