It’s Time for a Change

It’s Time for a Change

If you’ve ever considered a new career, there is no better time in the history of the US than now.

Teams are shifting to fully distributed work, salaries are soaring, and companies are fighting for talent. This is a rare opportunity for employees. And even more noteworthy, this opportunity exists wherever you are, thanks to the rise of remote work.

As return-to-office dates have been repeatedly postponed, many companies decided to permanently allow employees to work from home. Some companies actually saw an increase in productivity after the start of the pandemic, when workers cut their commutes and became more efficient with their time. As other organizations attempt to reopen offices, they’re facing backlash. A number of employees are leaving their jobs rather than giving up the opportunity to work from home. One woman in Georgia even quit her job after she was asked to come into the office for a six-minute meeting.

Younger generations in particular are advocating for virtual options. A survey of 1,000 U.S. adults showed that 49% of millennials and Gen Z would consider quitting if their employers weren’t flexible about remote work.

For the past several months, the United States has experienced a labor shortage, leaving companies in a scramble to fill positions. As a result, salaries are soaring–especially in the tech sector. According to a recent survey, U.S. workers can expect to see a 3.4% raise in 2022, regardless of seniority. This is largely because companies are having trouble finding and retaining workers.

Employees have the opportunity to seize the reins of employment power. Whether you’re ready to make a major career change or not, the position workers are in right now won’t last forever. Read more about the power of the employee and how to capitalize on it in this edition of The Midpoint. 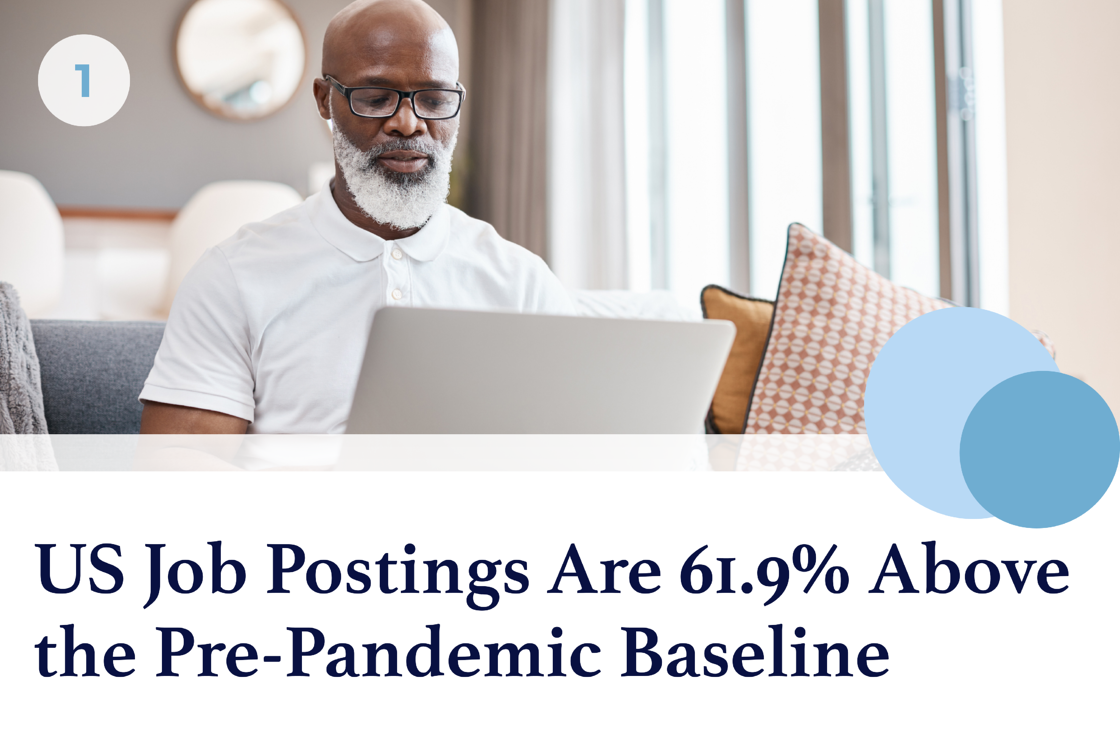 Job postings on Indeed are a real-time measure of labor market activity. On January 7, 2022, they were 61.9% above February 1, 2020, the pre-pandemic baseline, after adjusting for seasonal variation. The impact of the omicron surge will become clearer in the next few weeks, but new job postings have not declined despite skyrocketing COVID-19 cases. As of January 7, new postings hit a series high and are 74.7% above pre-pandemic baseline. Read more. 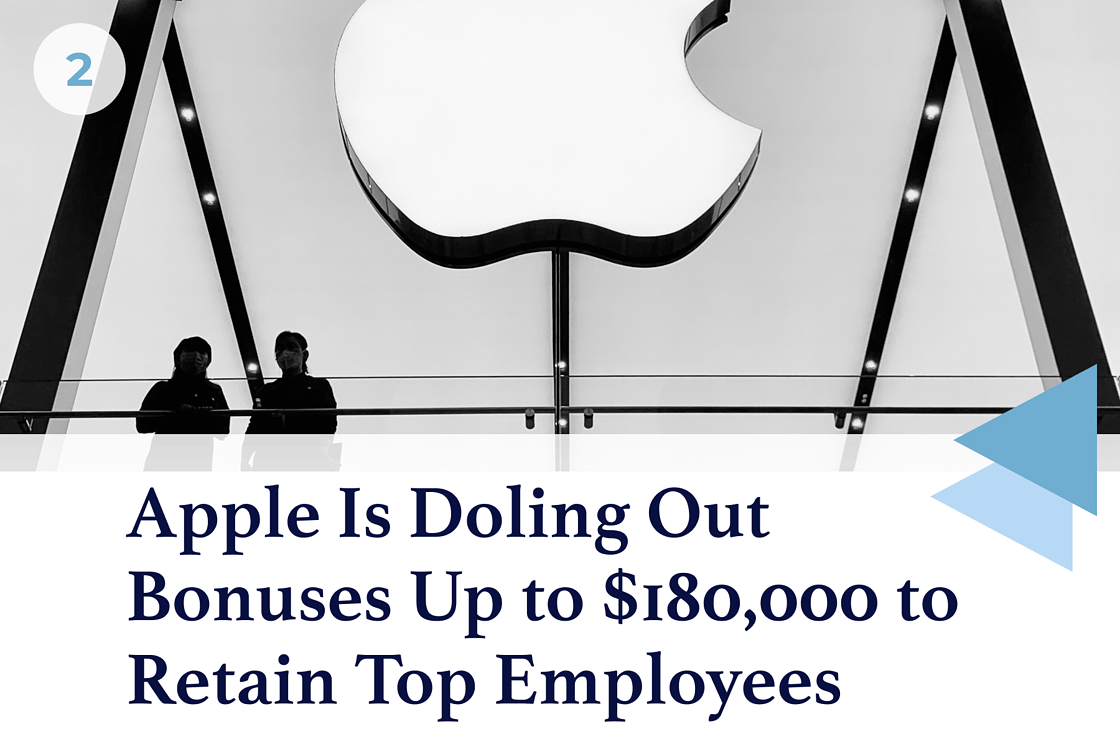 Apple has issued unusual and significant stock bonuses to some engineers in an effort to retain talent, looking to stave off defections to tech rivals. The bonuses, which came as a surprise to those who received them, have ranged from about $50,000 to as much as $180,000 in some cases. Apple is waging a talent war with companies in Silicon Valley and beyond, with Meta emerging as a particular threat. Meta has hired about 100 engineers from Apple in the last few months, but it hasn’t been a one-way street: Apple also has lured away key Meta employees. Read more. 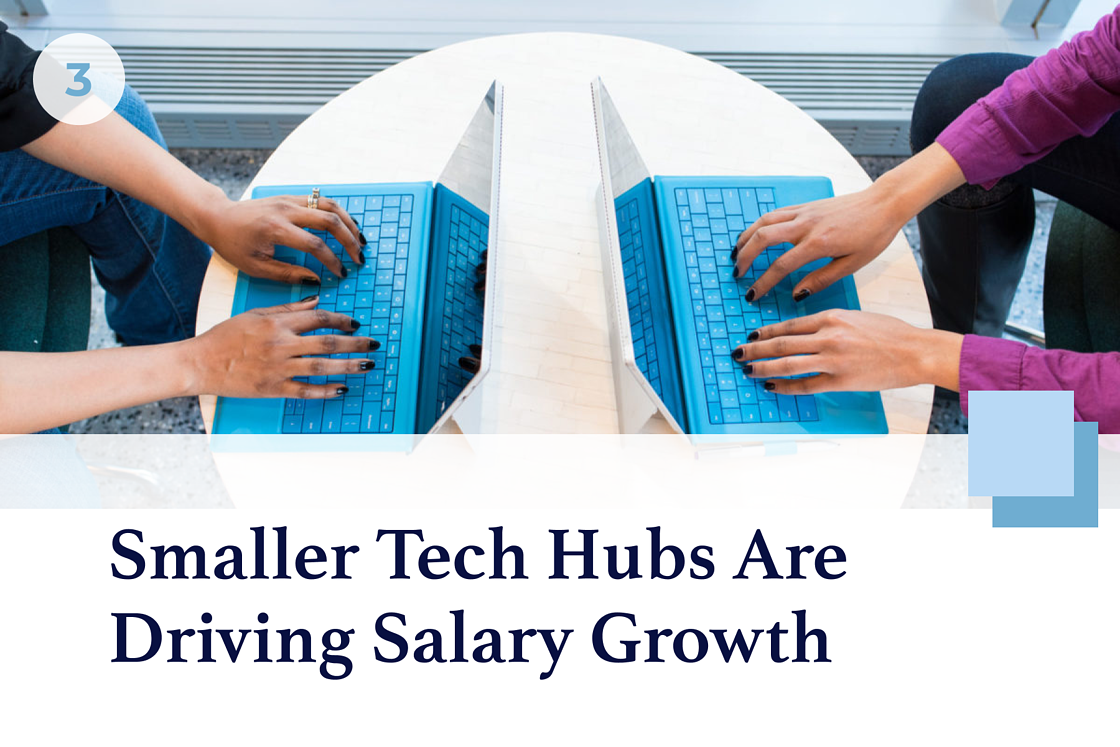 What salary can technologists expect to fetch these days? More than ever, yes, but it also depends on where they’re based. Smaller tech hubs have well-established business and academic communities, driving a need for technologists with all kinds of skill sets. With tech unemployment notably low across the nation, organizations everywhere are willing to pay more for talent with the right experience. Among the fastest growing tech hubs by salary are Atlanta, Chicago, Miami and Pittsburgh. Read more. 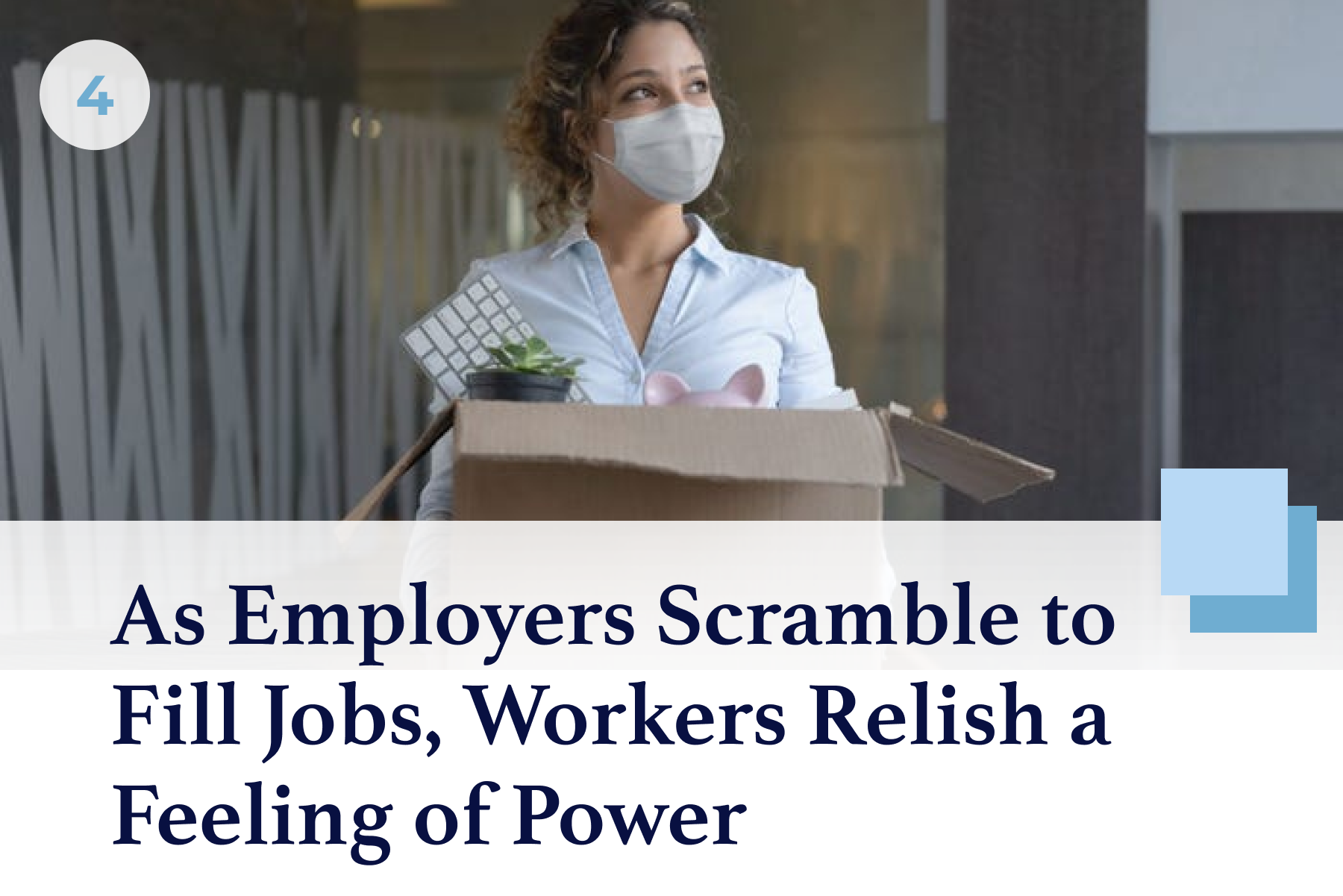 Raises, signing bonuses, more flexibility. Amid a historically tight labor market, more workers are feeling their power—and flexing it. The U.S. clocked 4.5 million worker resignations in November, the highest quit rate on record. As the economy continues to bounce back, workers are feeling empowered to seek new opportunities, knowing that they are more in demand than ever Read More.

Considering a major career change? Here are some resources that might help:​

💭  Thinking about quitting your job? Ask these six questions first.

🗣️  Three Questions To Ask Before Taking The Job