America’s tech manufacturing sector is making up for lost time after decades of underinvestment and offshoring. You can see it with major investments in semiconductor plants, as we discussed in our last edition of the Mid-Point, but the wave of reshoring doesn’t end there.

Clean energy technologies – or cleantech for short – are also making a comeback in the United States. Decades ago, solar panels, electric vehicles and other cleantech products were pioneered in our country, but just as we started using more of those products to power our daily lives, we outsourced the manufacturing to other countries. It’s an all too familiar story across so many industries.

But new urgency around climate change, together with COVID-inspired concerns about overseas supply chains, are turning things around. Across the country, you can see solar panel assembly lines, electric vehicle plants, production facilities for critical minerals and other major cleantech infrastructure being built from scratch or expanding in already existing locations.

As a U.S. Army veteran, I care about the geopolitical and security benefits of building the things we need as close to home as possible. But as an entrepreneur and a citizen, I care even more about the women, men, families, businesses and communities who stand to benefit from domestic cleantech investment and jobs in places other than big cities on the East and West coasts.

I don’t mean to sound like a broken record, but the dollar value or environmental value or geopolitical value of these investments isn’t the most important thing – it’s the human value. So please enjoy some highlights from America’s boom in cleantech reshoring, and rest assured, we are only just scratching the surface. 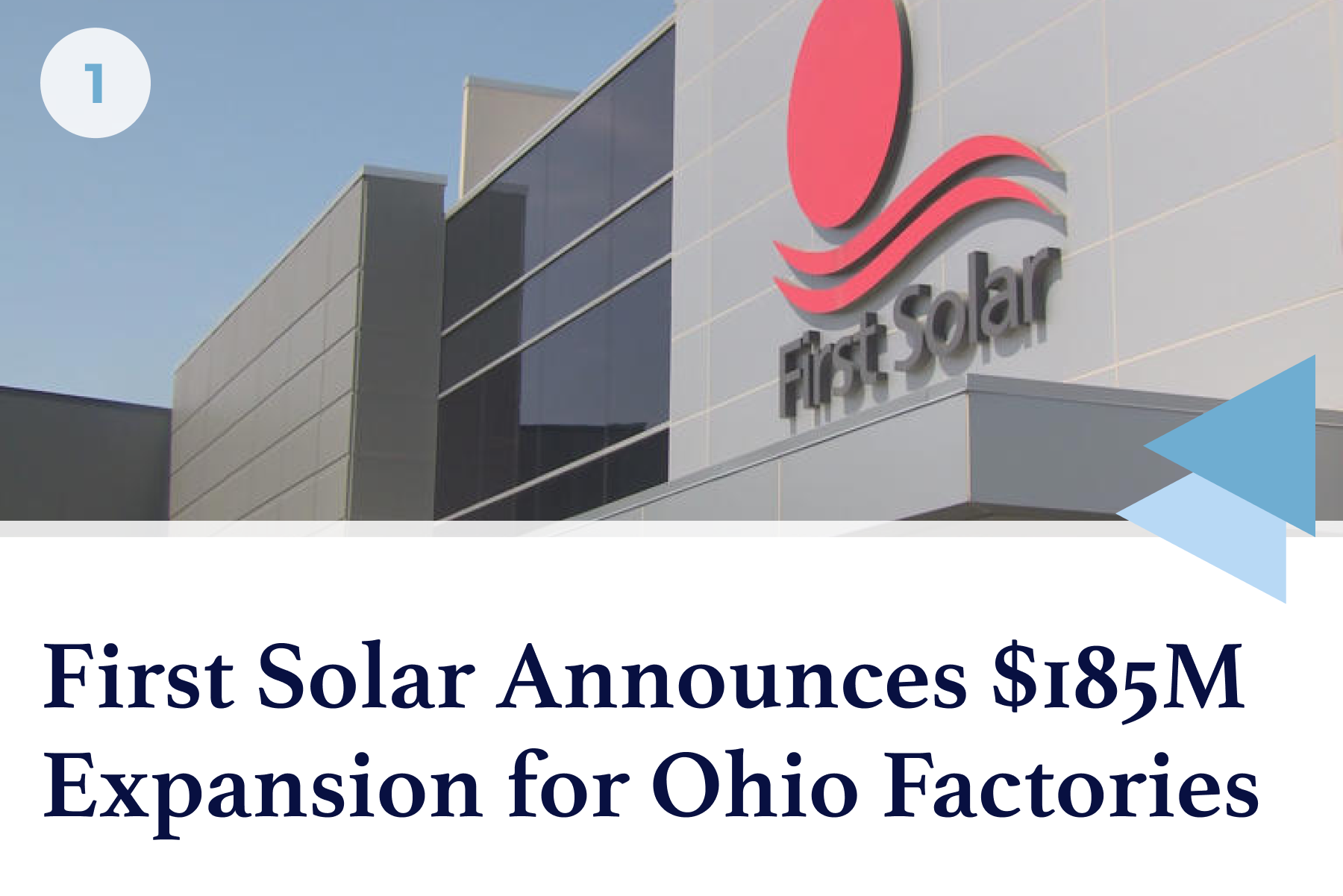 First Solar said it will invest $185 million in upgrading and expanding its Northwest Ohio manufacturing footprint, currently the largest vertically-integrated complex of its kind in the Western Hemisphere. The company estimates that the total new investment for all of its holdings, more than $1.2 billion, will add at least 850 new manufacturing jobs. This will bring its total number of direct jobs in the US to over 3,000 people in four states by 2025, which is believed to make it the largest employer in the American solar manufacturing sector. Read More 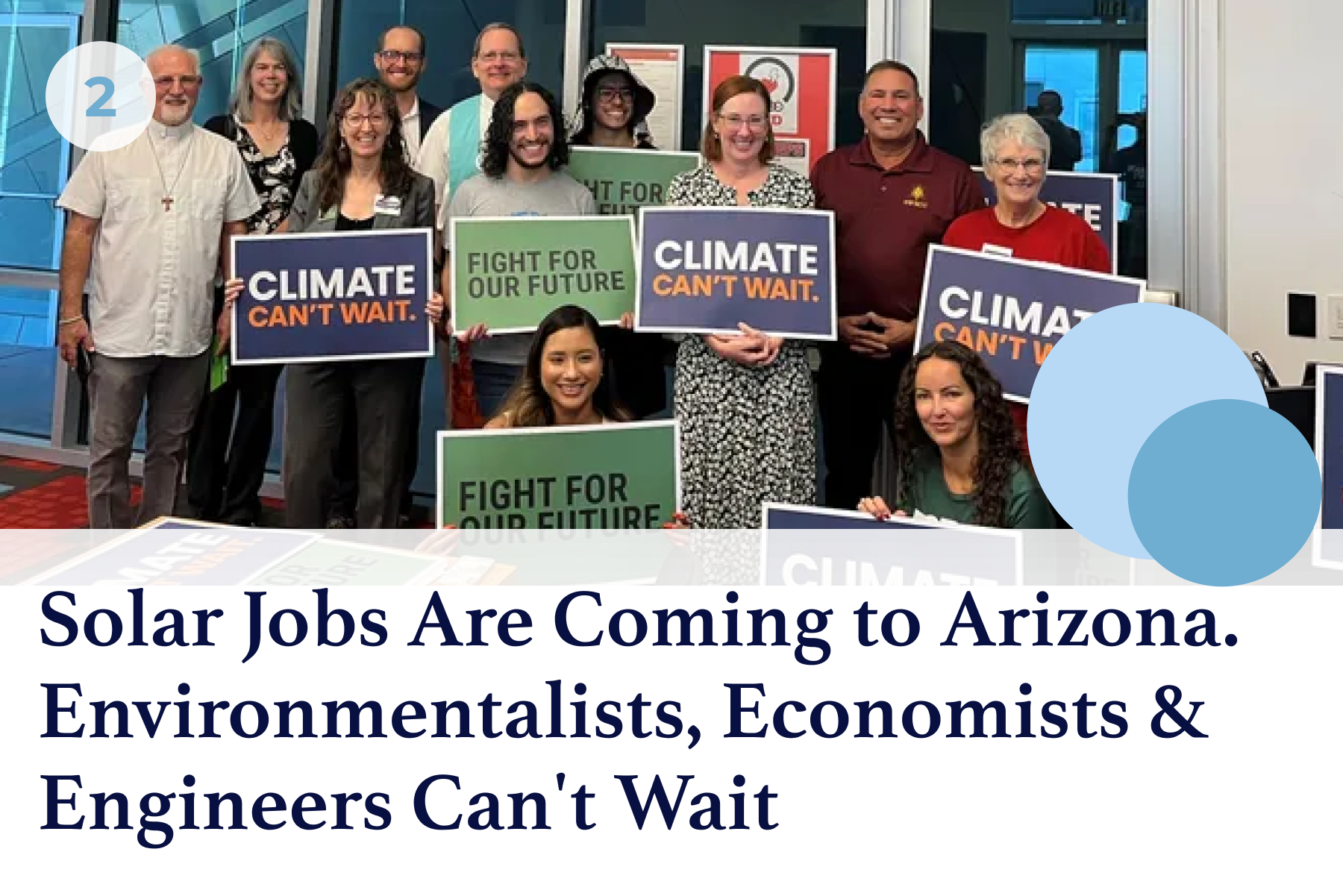 Environmental groups estimated that passage of the Inflation Reduction Act may add more than 82,000 clean energy jobs in Arizona over five years, based on a 2020 report. Many of those jobs will be in the solar industry, helping to remedy the gap experts see between Arizona’s current investment in solar energy and its potential. Phoenix consistently came out on top as one of the best domestic locations for solar energy potential, in terms of both economic benefits and reduced carbon dioxide emissions. Read More 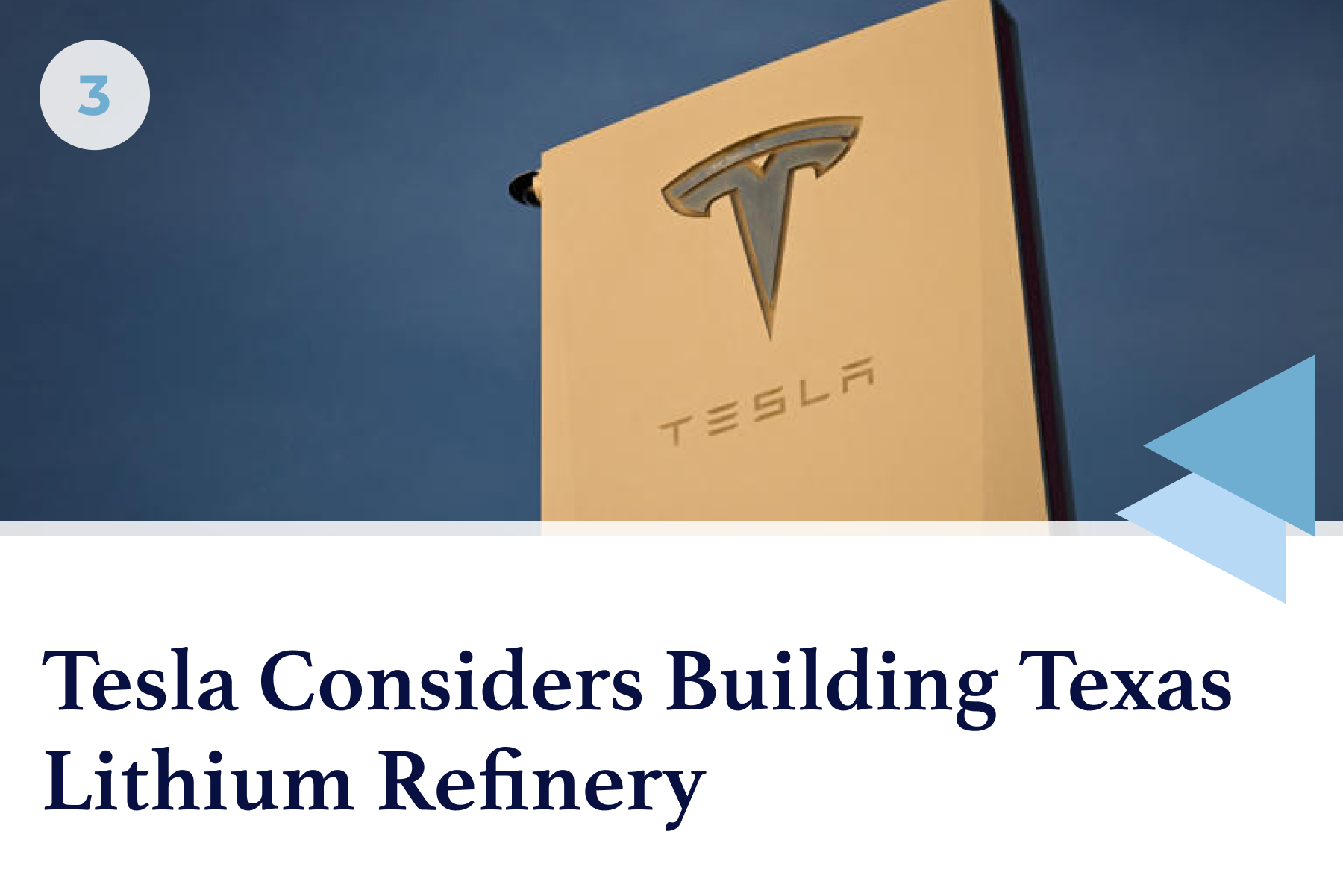 Tesla is reportedly evaluating setting up a battery-grade lithium hydroxide refinery on the gulf coast of Texas. In April, the Tesla CEO told analysts in an earnings call that lithium production is a hurdle to meeting EV demand and urged entrepreneurs to get into the mining business. “Right now, we think mining and refining lithium… appears to be a limiting factor, and certainly is responsible for quite a bit of cost growth in sales,” Musk said. “I think it’s the single biggest cost growth item right now.” Read More 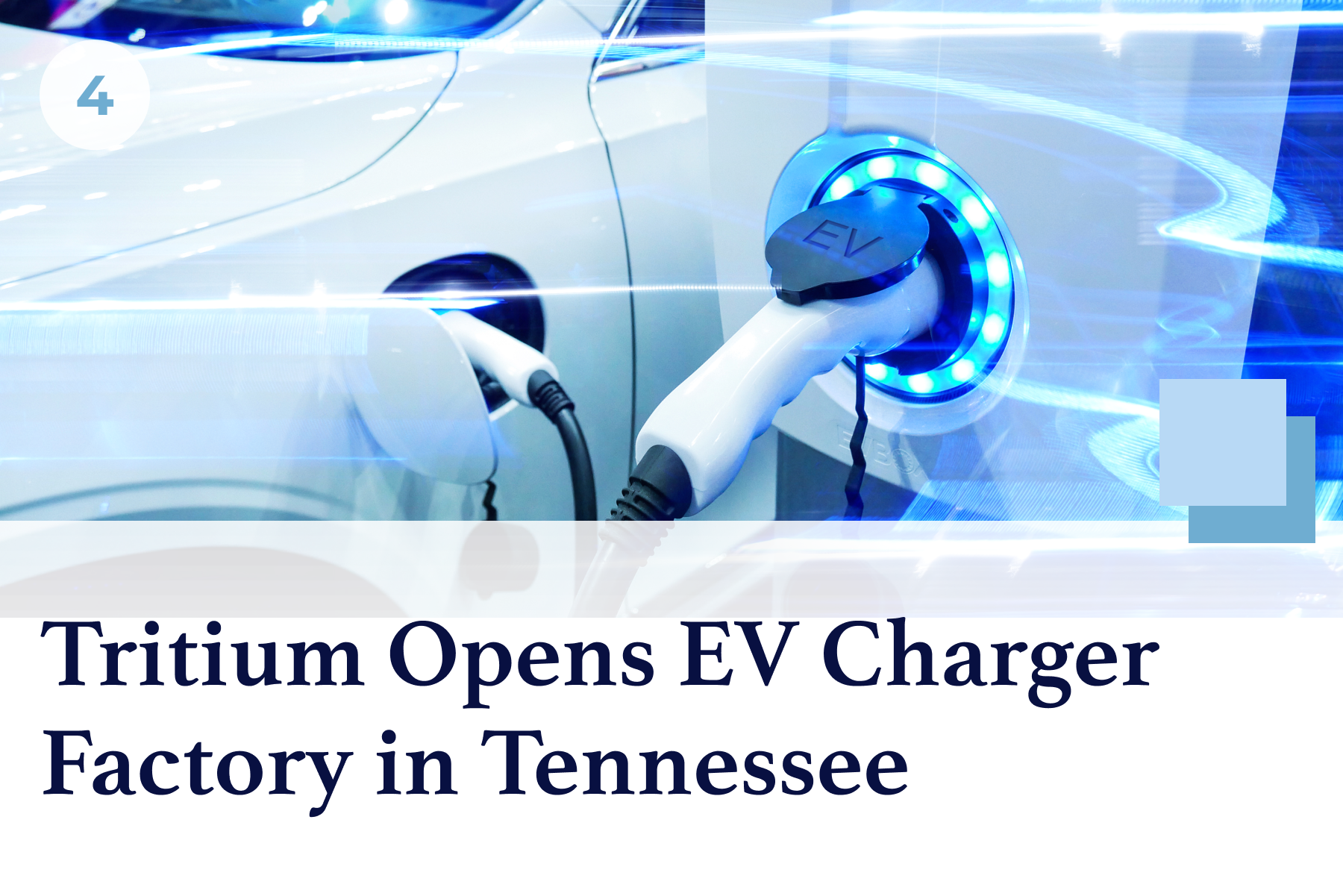 Australia-based Tritium, a designer and manufacturer of direct current fast chargers for electric vehicles, has officially opened its first US manufacturing facility in Lebanon, Tennessee. The company plans to create more than 500 new cleantech jobs by 2027 and will produce up to 30,000 DC fast-charger units annually. The chargers manufactured at the site are expected to fulfil the requirements of the US government’s recently enacted Inflation Reduction Act. The law will provide $370bn for climate change initiatives to help reduce carbon emissions by roughly 40% by 2030. Read More