Show Me The Money!

Show Me The Money!

How many times have you applied for a great job, made it through multiple interviews, and then learned at the very end of the process that the salary doesn’t come close to meeting expectations or what you know you’re worth?

Well, ‘times they are a changin’ and within a few months, the State of California and New York City, representing the largest tech and innovation hubs in the world, will require new job postings to include detailed salary information up front. It’s been the subject of considerable press buzz, including a recent piece in the Wall Street Journal, and there’ll be plenty more stories to follow. But these salary transparency laws are important for another reason: The data they produce will demonstrate yet again how expensive it has become to recruit and retain top talent in big cities on the East and West coasts.

As regular readers of The Mid-Point already know, savvy tech investors and entrepreneurs have been hiring outside the major coastal metros for years. But the rationale for these investments are about to get even stronger with a massive salary data dump. Pretty soon, there’ll be powerful new benchmarks for the cost of attracting and retaining talented tech professionals in Silicon Valley and NYC. And as good as cities like Columbus, Ohio or Pittsburgh, Pennsylvania look today, they’ll look even better as this keeps piling up.

To be sure, the trend towards salary transparency isn’t confined to the East and West coasts. It actually got started in the middle of the country – in Colorado – and it continues to gain momentum. More states and cities are mandating it, and even where it isn’t required, many employers are choosing to disclose salary information up front to potential candidates.

Speaking for myself, I look forward to seeing the data that’s collected from these new salary disclosures. I don’t expect too many surprises, but I’m sure the new numbers will make an even clearer business case for bringing jobs and investment to America’s Silicon Heartland. 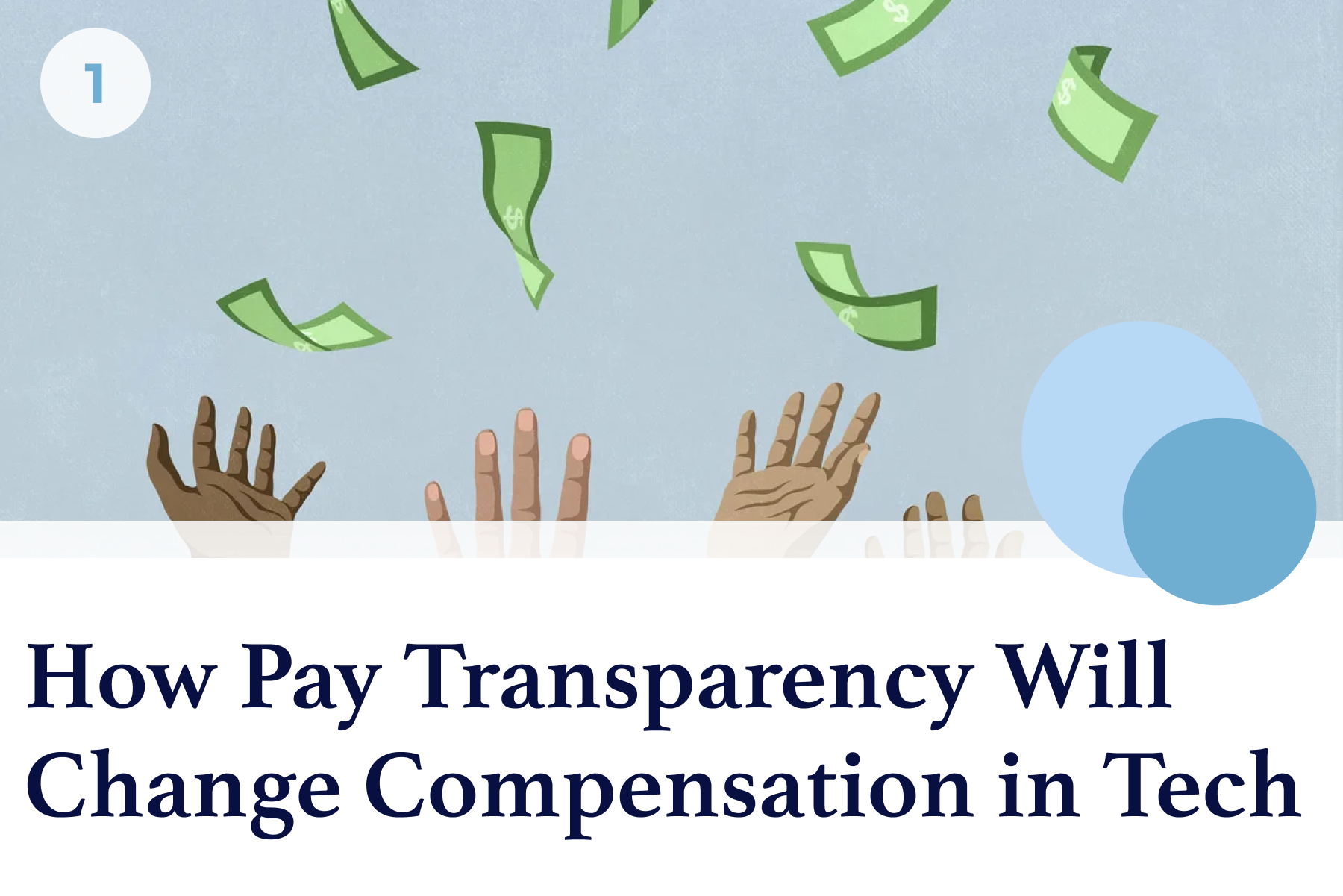 California’s new pay transparency law promises to shake up compensation in the tech industry by requiring employers in the state to list pay scales in job ads and reveal pay information to both the state and to current employees. “Some companies may choose to advertise jobs with a national labor rate that would overpay candidates in low-cost states like Mississippi but underpay Californians,” compensation consultant Ashish Raina says. Read More 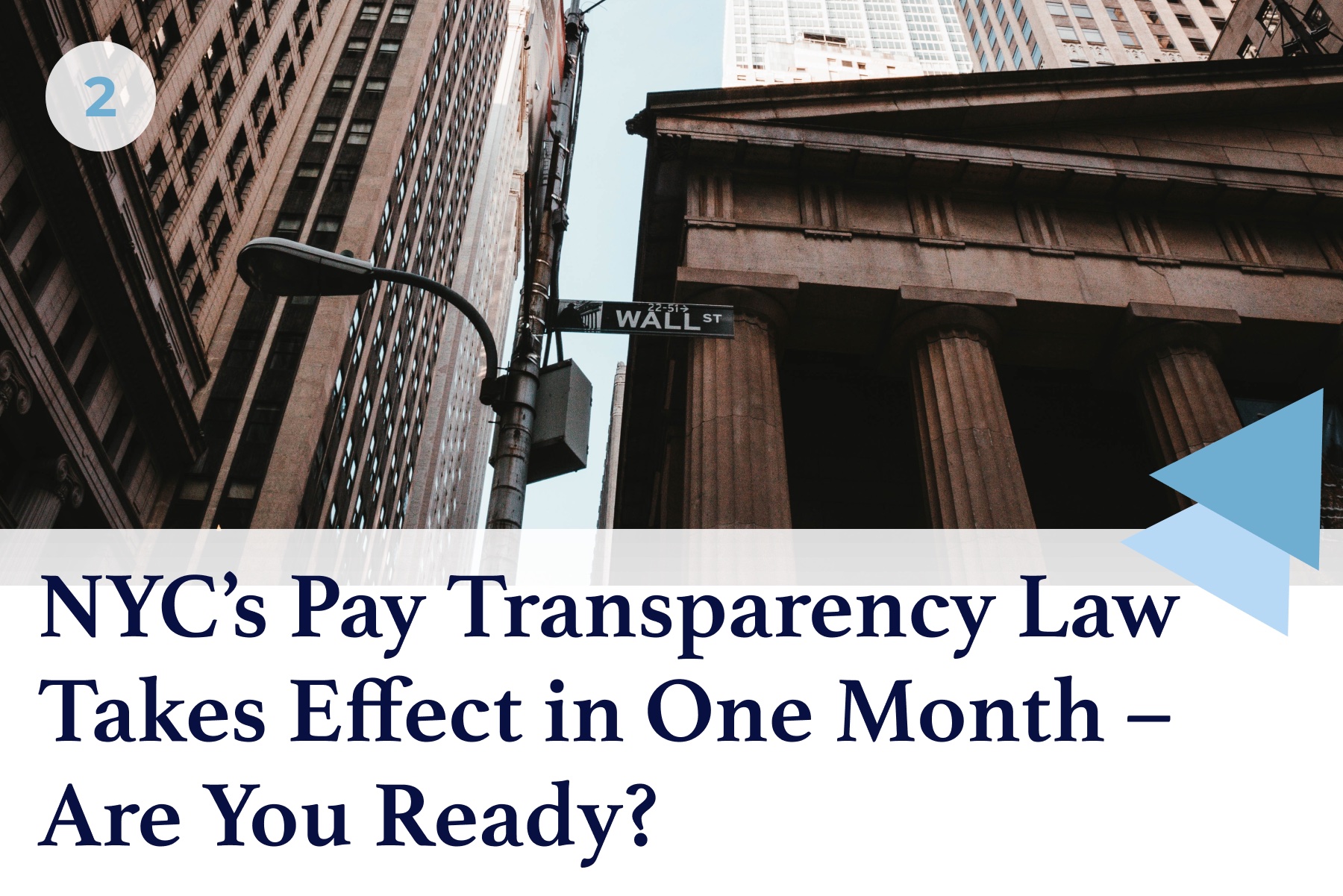 New York City’s pay transparency law, which will require most New York City employers to disclose salary ranges in their job postings, takes effect on November 1. The new law amends the NYC Human Rights Law to require covered employers who post a job for a position that can be performed in the city to disclose the minimum and maximum annual salary or hourly wage.

Covered employers outside New York City should ensure they include target salary ranges in advertisements for positions unless the position expressly cannot be performed in New York City. This is especially relevant for fully remote positions that arguably could be performed from anywhere, including NYC. Read More 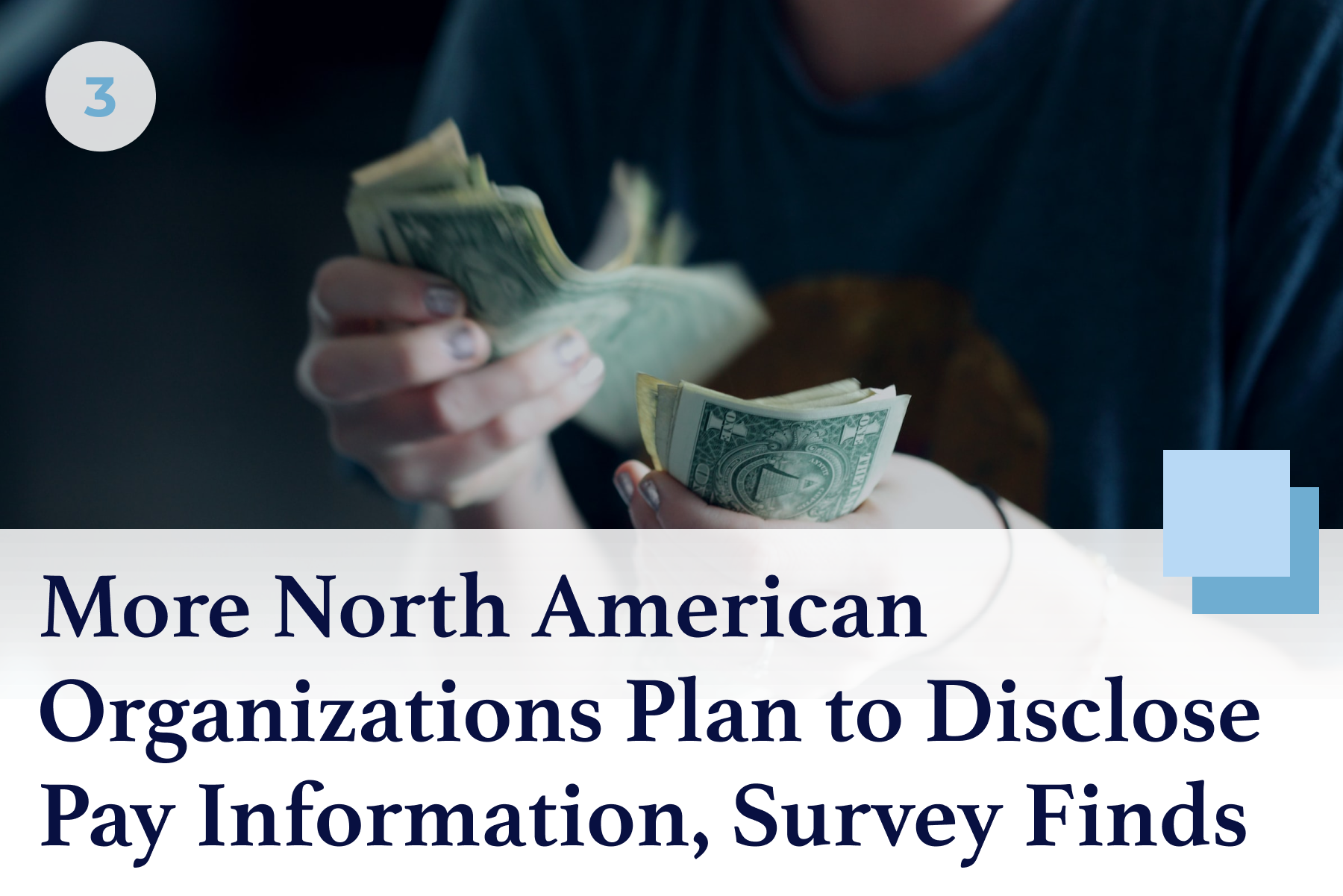 In light of the increased legislation on pay transparency, the number of North American organizations that disclose pay rate and range information to prospective employees is expected to surge across the U.S., even in places without requirements. A WTW 2022 Pay Clarity Survey found that 17% of companies are already disclosing pay range information in U.S. locations where not required by state or local laws. In addition, 62% of organizations are planning or considering disclosing pay rate information in the future, even where there are not local mandates requiring them to do so. Read More 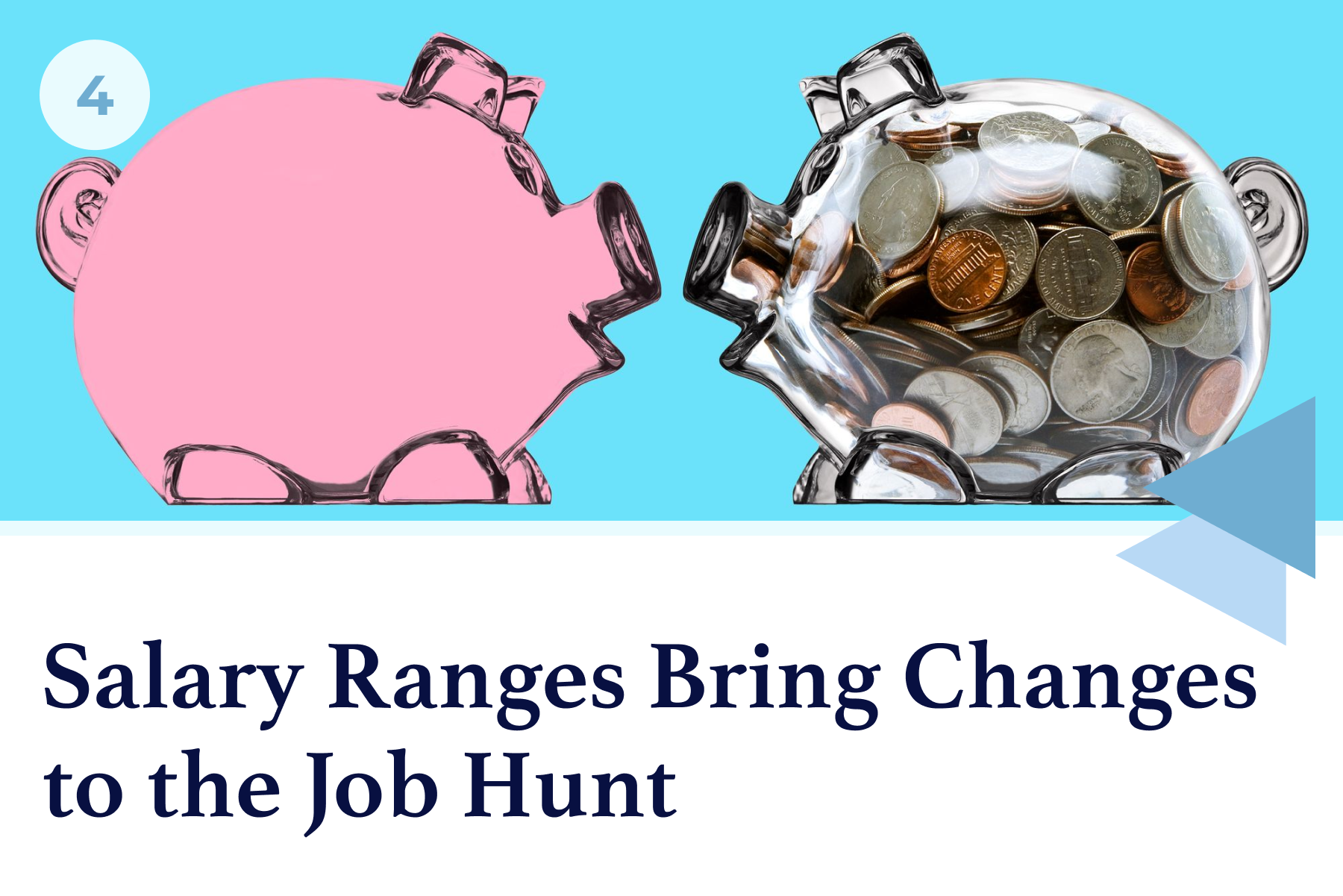 National job boards including Indeed.com say more postings are spelling out salary ranges overall, regardless of where the jobs are located. Riva, New York-based startup that coaches workers on negotiating compensation, helped a client negotiate for a 10% raise. To justify his ask for more money, Riva coached him to cite several regional competitors with similar job openings that were posted more recently with higher salaries. Read More