LinkedInTweetFacebookEmail
The redistribution of coveted tech talent across the country continues after decades of concentration in a handful of big cities. As this continues, we can expect this trend to help spread wealth, job opportunities, and startup creation in new and growing tech hubs. Still, even as Middle America wins with new talent migration and company growth, it does not mean the end of Silicon Valley and other big tech cities like New York and Seattle. Ultimately, small changes in those big cities means big changes for smaller cities.

Recently, One America Works collected survey data on over 1,000 tech workers to identify insights and trends into how and where Americans are working.

Remote work is setting the stage for a redistribution of wealth away from the hands of a few select cities. Instead, it is going toward smaller towns and suburbs that were traditionally left out of the wealth produced in America’s greatest economies. Now, more than ever, smaller to mid-sized American cities and other growing tech hubs have an opportunity to win. The places that manage to attract and retain the outgoing software engineers, knowledge workers and other high-earning remote workers will realize major advantages in booming housing markets, growing tax bases and overall economies. 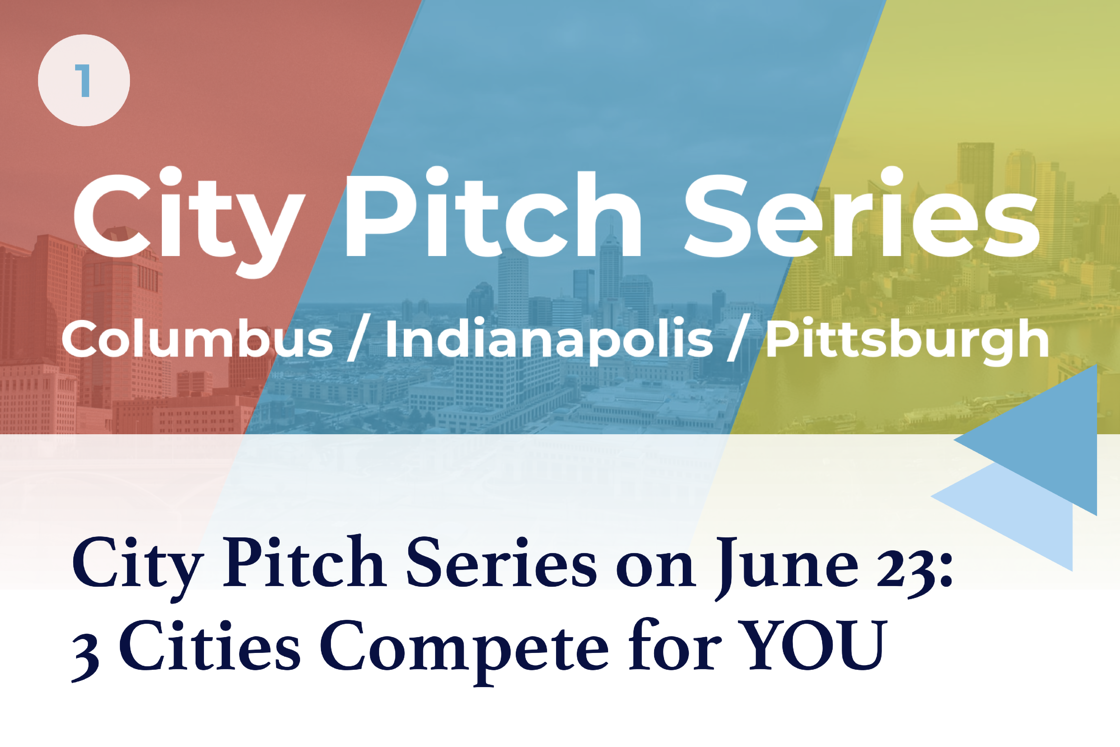 In times of remote work, people have been exploring new locations for career opportunities or the perfect balance of cost of living and quality of life. In our City Pitch Series, you will hear about the incredible opportunities of three fast-growing tech hubs: Columbus, Indianapolis, and Pittsburgh. Regional leaders will present their case for how their city can help you achieve the best quality of life and lowest costs of living, while opening doors for career opportunities that align with your interests. This Zoom webinar will unlock direct connections to the leaders and resources in each of the cities. Register Here 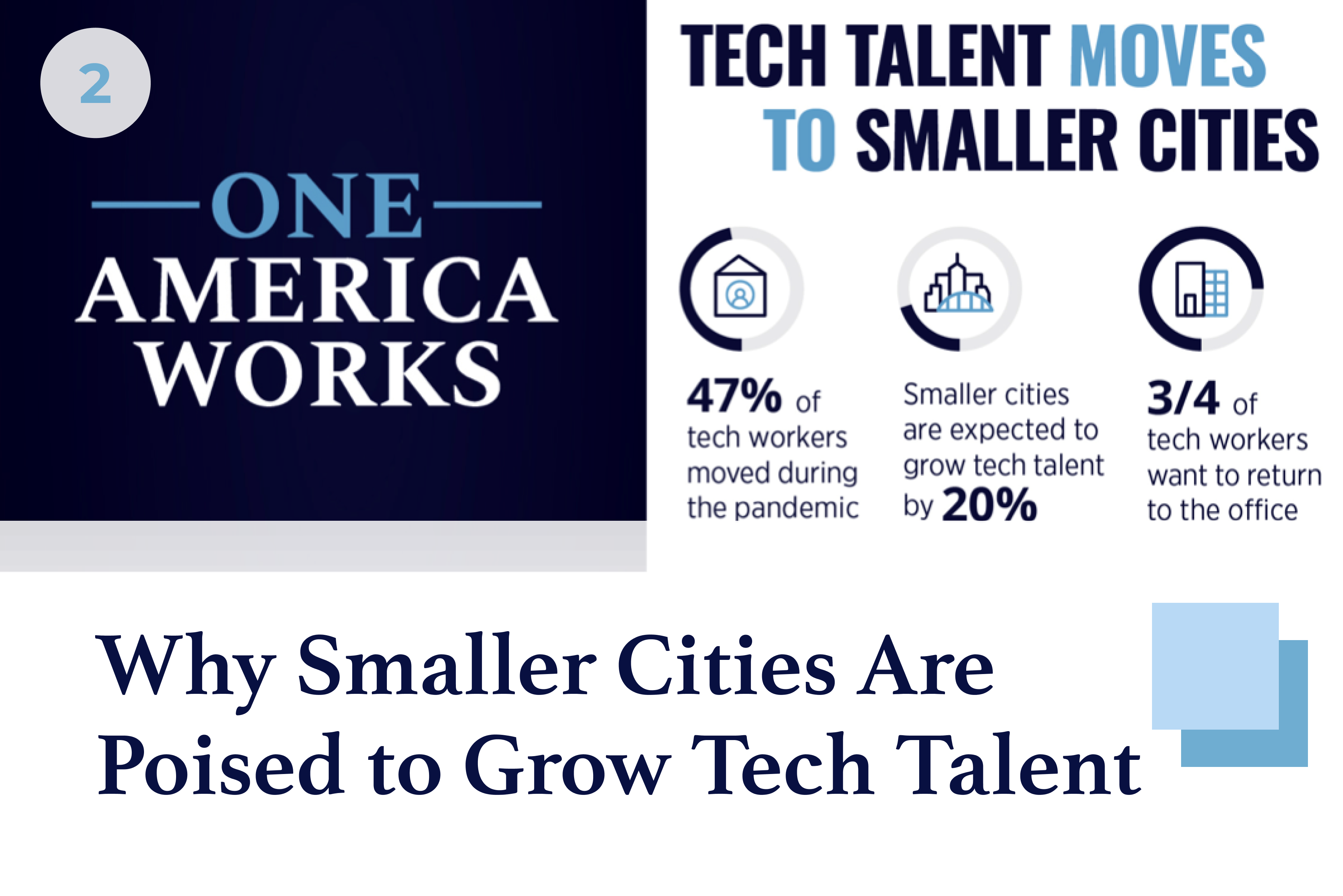 As COVID-19 positivity rates slow down in the Bay Area, some employees who have been working remotely are set to return to the office while others are contemplating relocating all together. An April 2021 representative survey of 1,000 tech workers nationwide found that 47% of tech workers moved during the pandemic. The survey also found that 3 in 10 tech works anticipate living in a different place as they did before the pandemic.

“What we call smaller kind of mid-size cities across the county, well those smaller mid-size cities are going to get a 20% lift in their tech workforce.” Whether moving had to due to high taxes, political turmoil, rising crime rates or unprecedented wildfires, many of California’s tech workforce found refuge elsewhere. And they have the opportunity to make a big impact on other cities. Read More 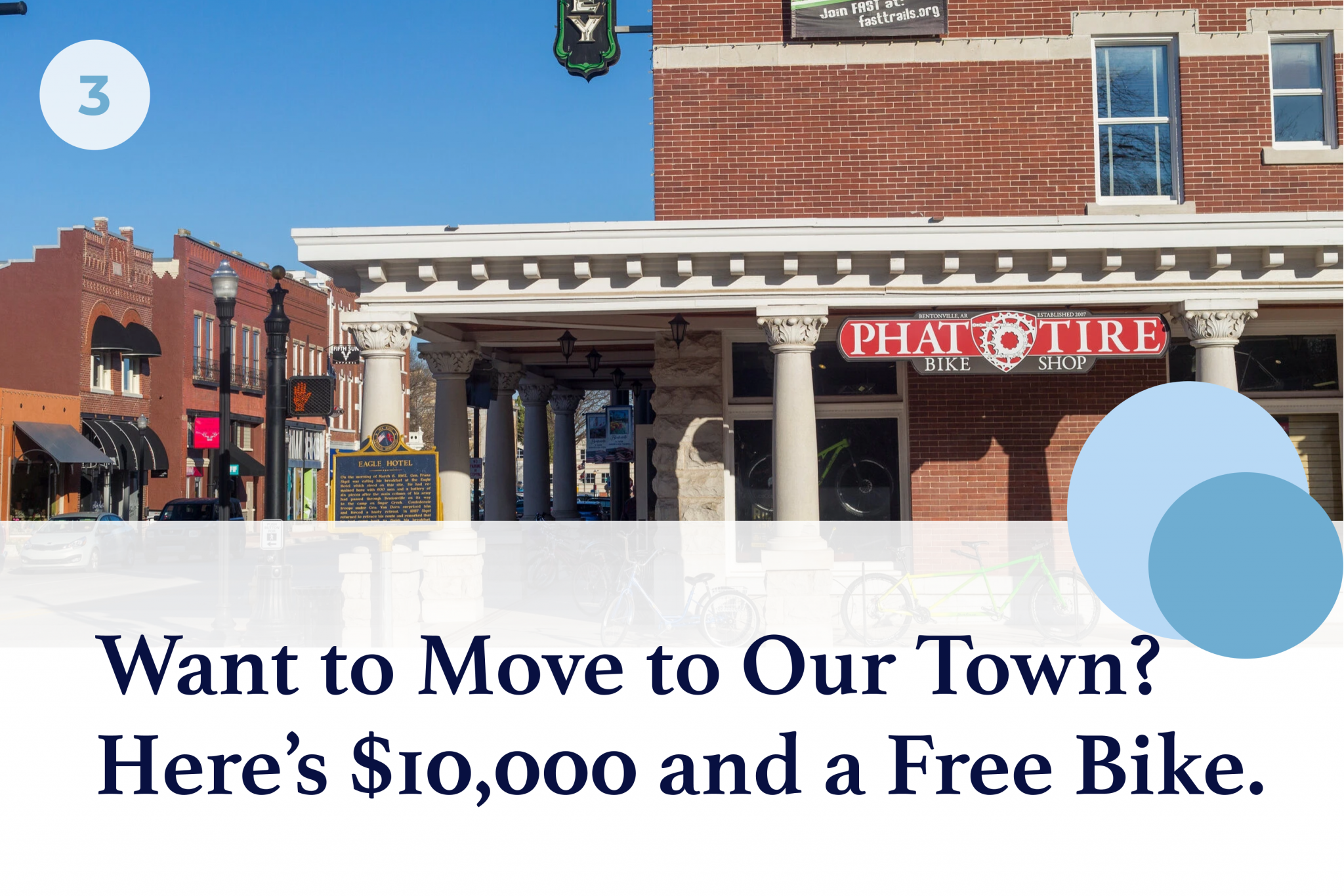 The Fayetteville region — including Bentonville, best known as the home of Walmart’s global headquarters — is one of several smaller metro areas and states across the country, from Georgia to Hawaii, trying to lure high-net-worth workers who can increasingly do their jobs remotely. The idea is that they’ll shop in local stores and pay real estate taxes, but they won’t take jobs away from locals.

For regional economic development organizations, it’s an effort to build communities with high skill sets to attract start-ups and larger companies in the future. For the migrating workers, it’s a chance to try out an up-and-coming place alongside other newcomers. With offers of cash, housing and a budding talent pool, these smaller cities and states hope to get in on the ground floor of a new era for remote workers. Read More

Big Incentive Programs Across the Country 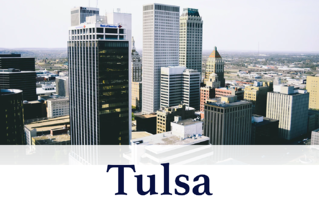 Tulsa Remote is a one-year program that offers a $10,000 cash grant to eligible remote workers who move to and work from Tulsa. The program also offers free desk space at a coworking location, a housing stipend on top of the monthly stipend, and a supportive community to help you connect with the town. 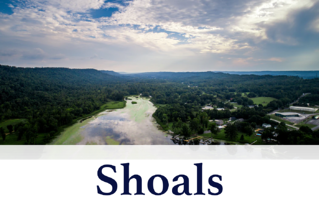 Remote Shoals is a program offering up to $10k for remote workers to move to- and work from- a region of northern Alabama known as “the Shoals.” The area is comprised of the cities of Florence, Muscle Shoals, Sheffield and Tuscumbia. 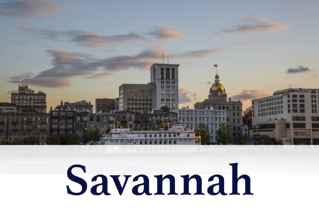 A new Savannah incentive reimburses individual moving expenses up to $2,000 for qualified tech workers currently located outside of Chatham County. Applicants can be self-employed, remote workers of technology firms located elsewhere or relocating to take a position in the region. 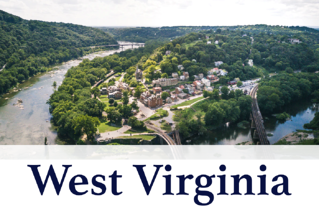 Accepted applicants receive $12,000 for moving to one of three cities in West Virginia: Morgantown, Shepherdstown, or Lewisburg. A free year of outdoor recreation (including free outdoor gear rentals), access to free coworking spaces, and professional and social development opportunities round out the deal.