Behind every high-tech smartphone, glamorous car, and sophisticated medical tool is a critical building block called a semiconductor. Semiconductors, or “chips”, are essential components of electronic devices that we use every day. They are usually made of silicon, hence the name “Silicon Valley” given to the concentration of high-tech businesses in San Francisco.

The United States used to lead the world in semiconductor manufacturing, but production has declined in recent years. In 2019, the US developed only 12% of chips sold worldwide, compared to 37% in 1990. What’s more alarming is that 0% of leading-edge chips are made in America right now. Computer chips build the foundation of emerging technologies like 5G and artificial intelligence, so the lack of innovation leaves the US at a huge disadvantage and even a national security risk.

Most companies produce these chips offshore to cut costs and remain focused on their core mission. The math was simple; manufacturing offshore = lower costs = more profits. However, recent factors like the pandemic and a growing tech rivalry with China have created an urgency to move to manufacturing back onshore.

Reshoring recently became a priority for the US to help the supply chain rebound from the impact of Covid and as a long-term strategy. Manufacturing onshore can lower costs, reduce risk, create thousands of domestic jobs, promote security, and support US technological leadership. The Reshoring Initiative Data Report revealed that in 2020, the US reshoring set a record of 109,000 jobs and outpaced Foreign Direct Investment for the first time since 2013.

Several companies are leading this movement in the US. For example, Intel CEO Patrick Gelsinger plans on making the world’s largest semiconductor manufacturing site in Ohio. Meanwhile, Samsung announced a $17 billion factory in Texas. Learn more about the trend in this edition of The MidPoint. 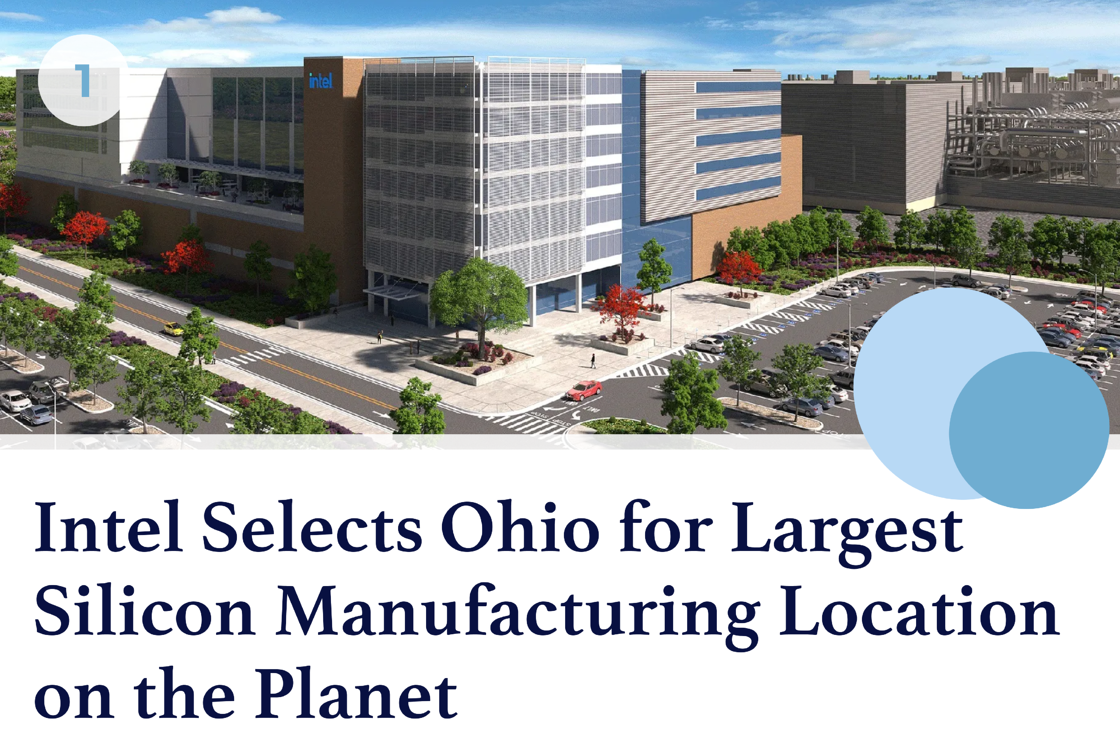 Chip manufacturer Intel will spend at least $20 billion on a new chip manufacturing site near Columbus, Ohio. The 1,000-acre location will initially play host to two chip factories, and is set to directly employ at least 3,000 people and “tens of thousands” more across suppliers and partners. The announcement comes as the world continues to grapple with an acute shortage of computer chips that has impacted everyone from games console manufacturers to automakers. Read More 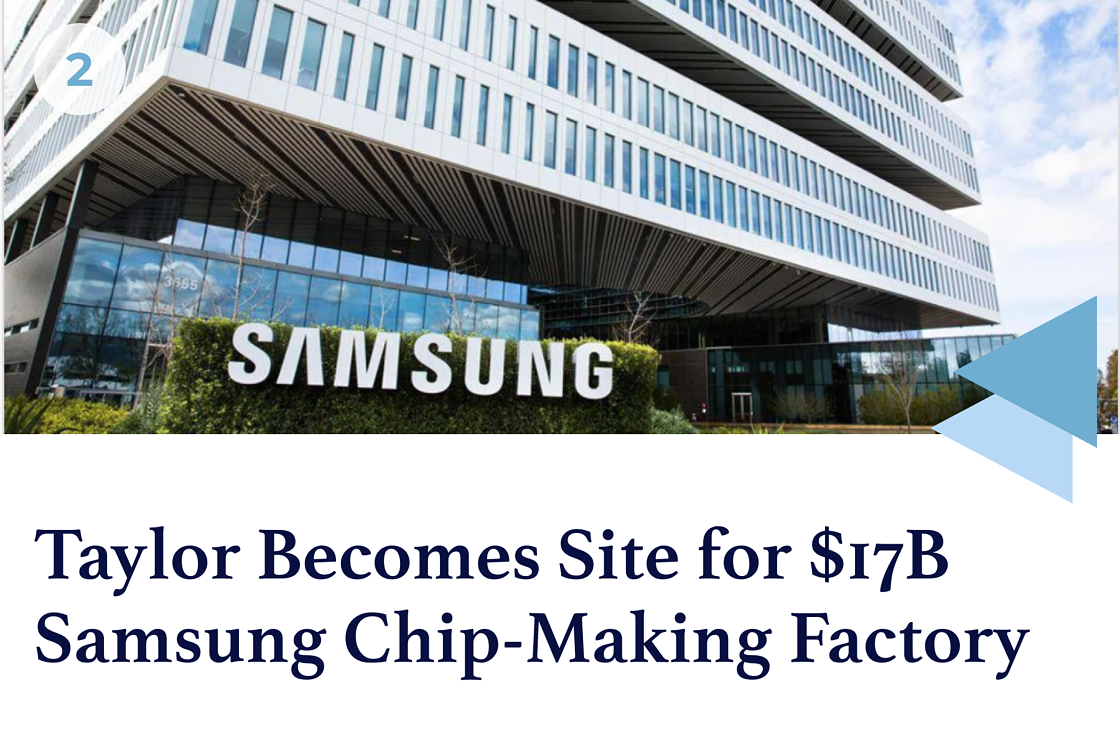 A new $17 billion Samsung chip-making facility will be built in Taylor, Texas, as the largest foreign direct investment in the state of Texas ever. “The implications of this facility extend far beyond the boundaries of Texas,” Gov. Greg Abbott said. “It’s going to impact the entire world.” Samsung had other options, but the decision to land in Texas was based on a set of key factors including incentive programs, infrastructure readiness and stability, and talent pool. The plant will bring 2,000 high-tech jobs, thousands of indirect jobs and at least 6,500 construction jobs to Taylor. Read More 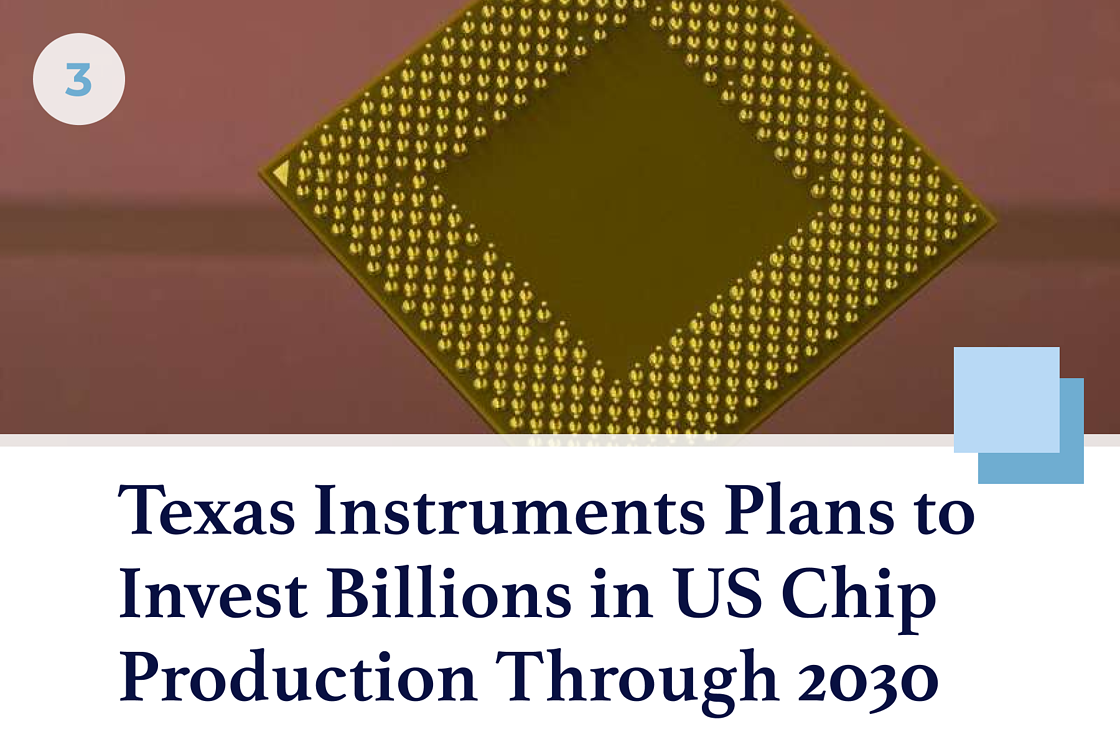 Texas Instruments revealed plans Thursday to invest $3.5 billion annually in its U.S. semiconductor chip manufacturing through 2025 as manufacturers face a global shortage of the tech. From 2026 to 2030, the company said, it will continue investing in its manufacturing to the tune of 10% of annual revenue. When fully built out, TI’s investment in the Sherman campus will total $30 billion, which would make it one of the largest corporate investments in the state’s history. Read More 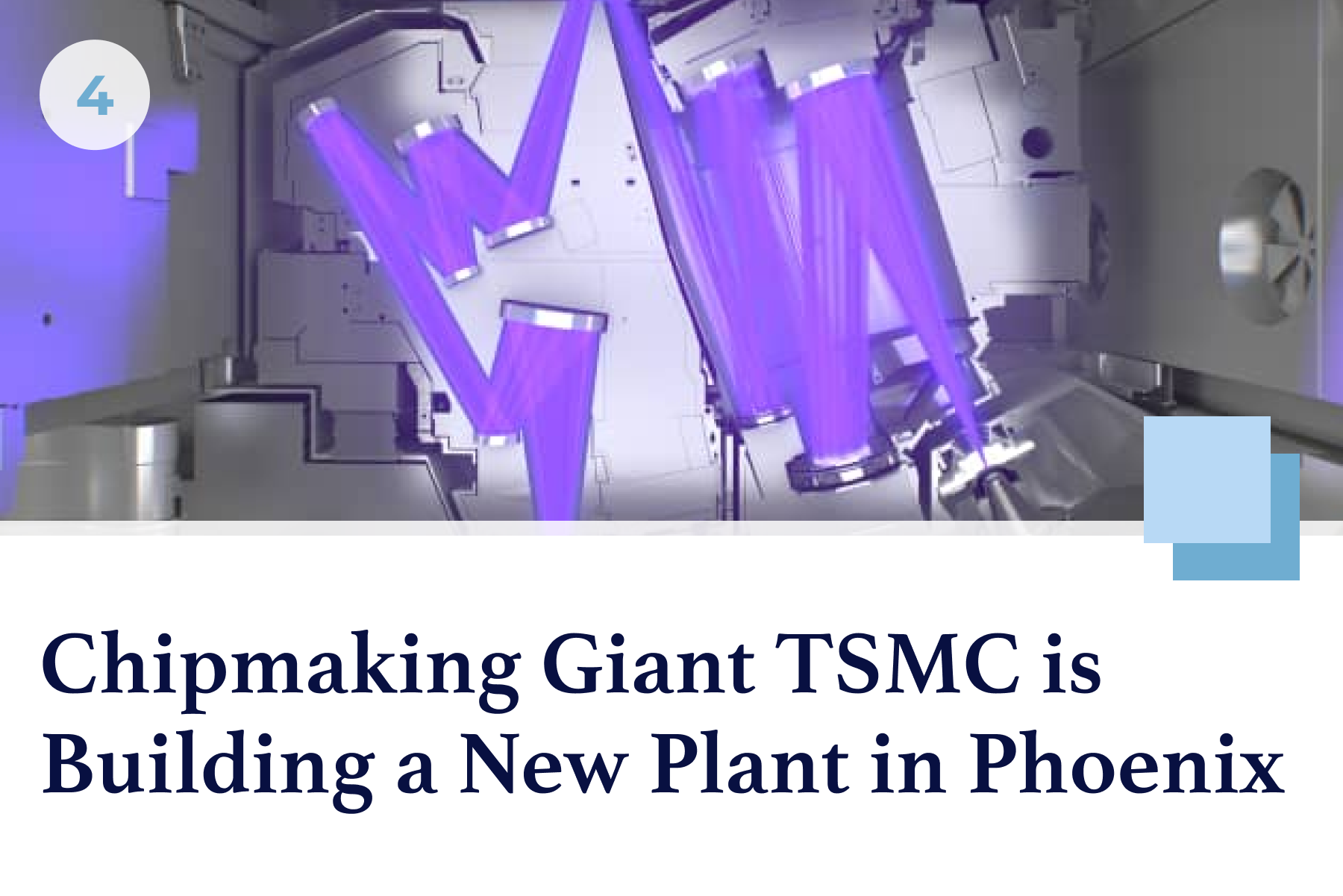 As the world grapples with an ongoing chip shortage, a quiet giant among chipmakers has committed to investing $100 billion over three years to ramp up production. Taiwan Semiconductor Manufacturing Company may not be a household name, but with a market value of over $550 billion, it’s one of the world’s 10 most valuable companies. Now, it’s leveraging its considerable resources to bring the world’s most advanced chip manufacturing back to U.S. soil. Read More 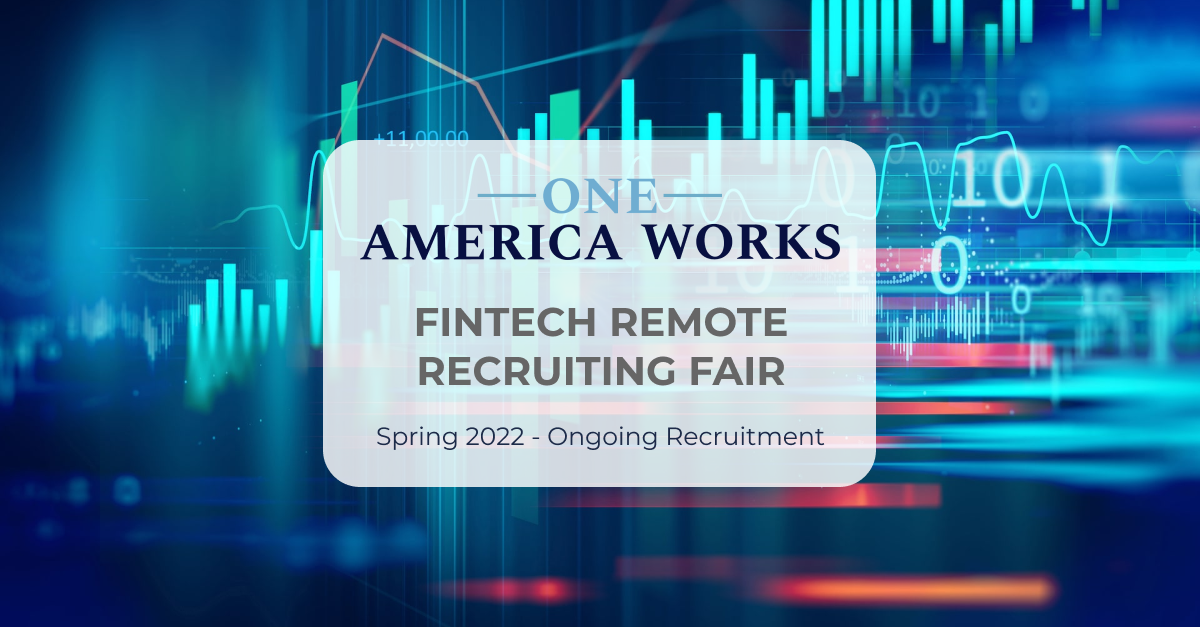 Are you looking for an exciting new role with a fast-growing fintech company, like Carta or Facet Wealth? Register here to join our ongoing Spring Virtual Recruitment. We’ll share your resume with our network of hiring managers to help you find your next opportunity, no matter your location.