To Commute or Not to Commute?

To Commute or Not to Commute?

The Return to Office debate continues, with employers and workers pulling in different directions and no clear resolution in sight. That said, tech leaders should seriously consider diversifying their geographical footprint, by opening new offices that are closer to their people, so that traveling to the office isn’t the same ordeal it used to be before the pandemic.

To be sure, there’s some evidence that employees are returning to the office at a higher rate. For the first time since the start of the pandemic, office occupancy rose to 44.7%–a new record high, according to Kastle’s Back to Work Barometer.

This trend is especially true for small and midsize cities. Offices have filled back up fastest in areas where commutes are done by car. One law firm noted that if someone from San Francisco walked into their office in Columbus they might marvel and say, “Wow, this is just normal.”

The majority of companies would like to see their employees commute to the office at least half the time, according to a CBRE survey. But bosses are split about who should determine the required number of days: Should it be decided by the company alone, or in consultation with employees? There are also competing views about the impact of a looming recession: Will it force more employees back into the office or will flexible work practices persist?

As noted in our last edition, there isn’t a one-size-fits-all solution to the Return to Office challenge. But it’s also becoming clear that workers in small and midsize cities are happier about working from an office a few days a week – or even the whole week – than their counterparts in major metropolitan areas with long, punishing and expensive commutes.

For tech firms and other large businesses in these major metros, there is a way to have the best of both worlds. Instead of forcing employees to return to a single office or a handful of offices in the nation’s biggest cities, provide new work locations in other parts of the country that are easier to access on a hybrid or full-time basis. If you make the effort to eliminate long commutes and extended work trips, you may be surprised by the response you get from your existing employees and potential recruits. Maybe it’s not the office that’s the problem. Maybe it’s the travel and the time it takes away from people’s lives.

Read more about the Return to Office debate in this edition of The Mid-Point. 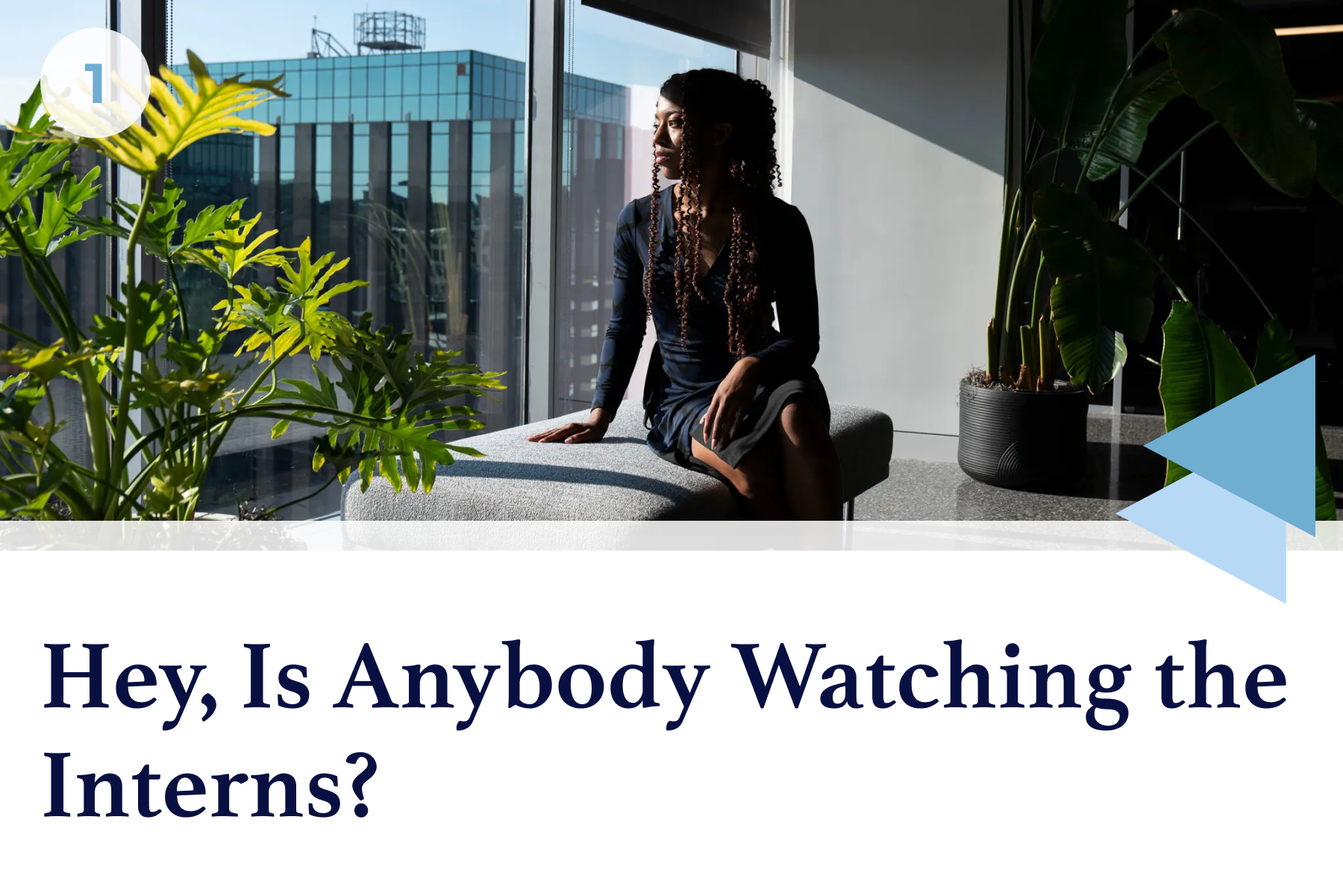 Summer interns generally are aware of what awkward rites of passage await them. Most have to attend their share of stilted happy hours and softball games. Now, interns experience a strange new introduction to professional life. Working a summer job can mean commuting to an empty office, sitting unsupervised with other interns and trying to impress managers over video calls. School is out for the summer — but in some cases, so are the bosses.

“The thing I’ve always been taught by my parents is to be the first one in and last one out. But there’s no one else there. My boss isn’t going to see me put my best foot forward.” Read More 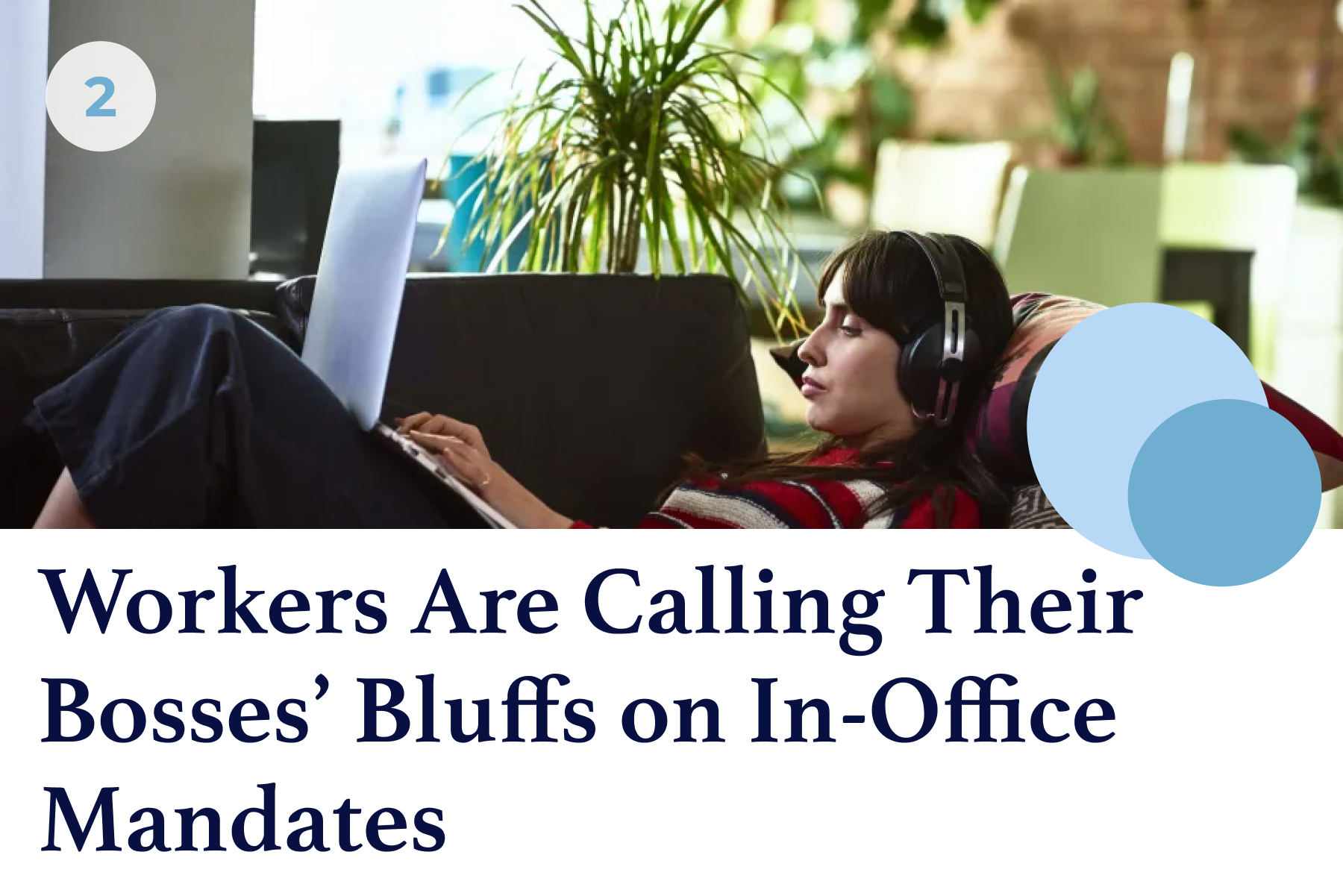 Workers continue to turn a blind eye to their bosses’ in-office mandates. That’s likely because they feel they can get away with it, according to the latest findings from WFH Research’s Survey of Working Arrangements and Attitudes (SWAA), which has been polling 2,500 to 5,000 U.S. employees every month since May 2020. The most recent survey found that 35% of workers feel their employer would likely do nothing if they or their peers didn’t go into the office as much as required. What seems to matter more to bosses is that employees get their work done, regardless of where it’s completed. Workers were more likely to be reprimanded for failing to complete their work on time. Read More 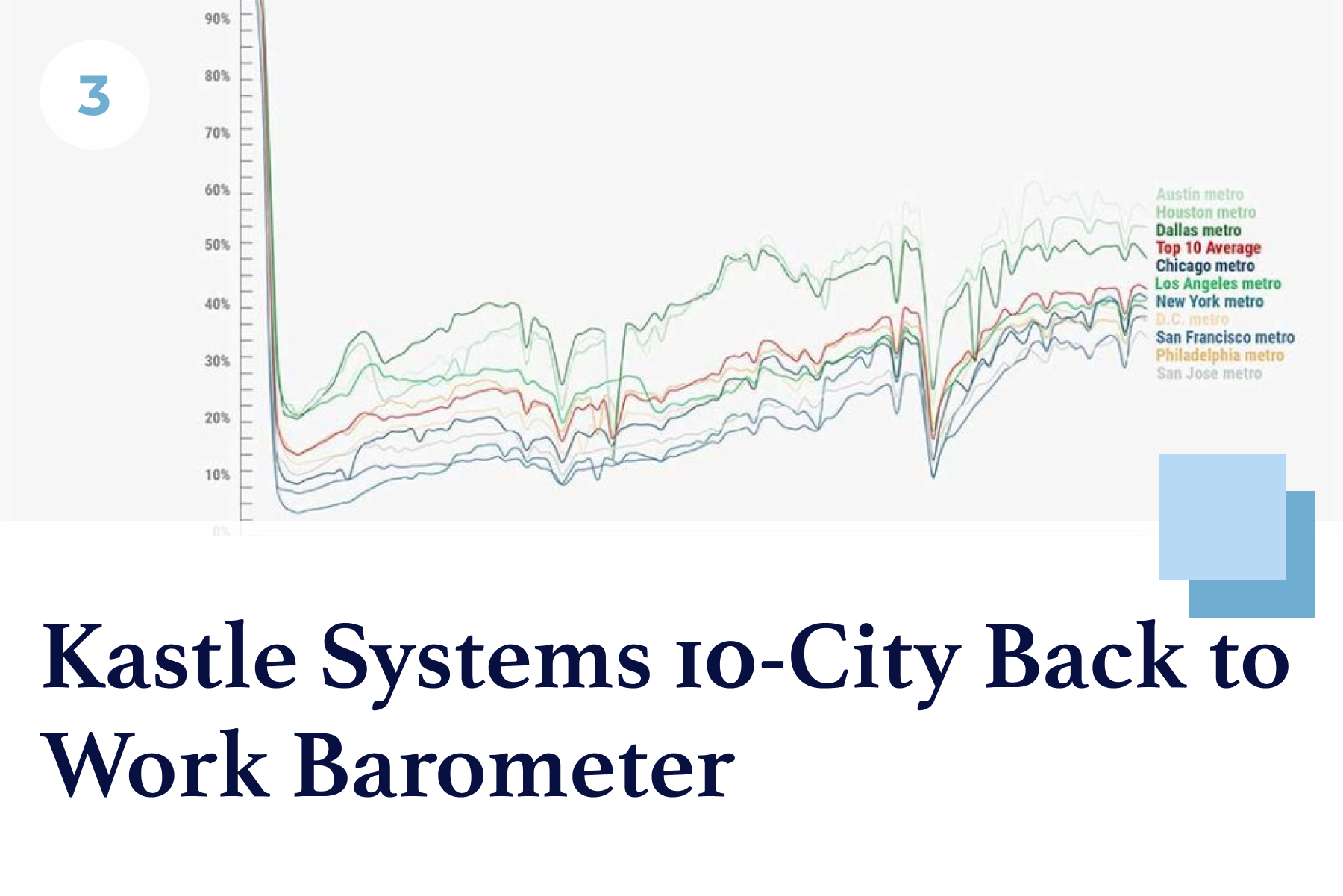 To provide some clarity on the issues facing American businesses, Kastle has been studying keycard, fob and KastlePresence app access data from 2,600 buildings and 41,000 businesses across 47 states. Their data revealed that office occupancy hit a new record high the other week. For the first time since the start of the pandemic, occupancy rose to 44.7%, according to Kastle’s 10-city Back to Work Barometer. Every city tracked, except Dallas, saw up to two-point increases. This week, occupancy dropped by 0.7 points to 44%, but Kastle researchers are confident occupancy rates will continue to rise in the months to come. Outside of holidays, occupancy has hovered around 44% since April. Read More 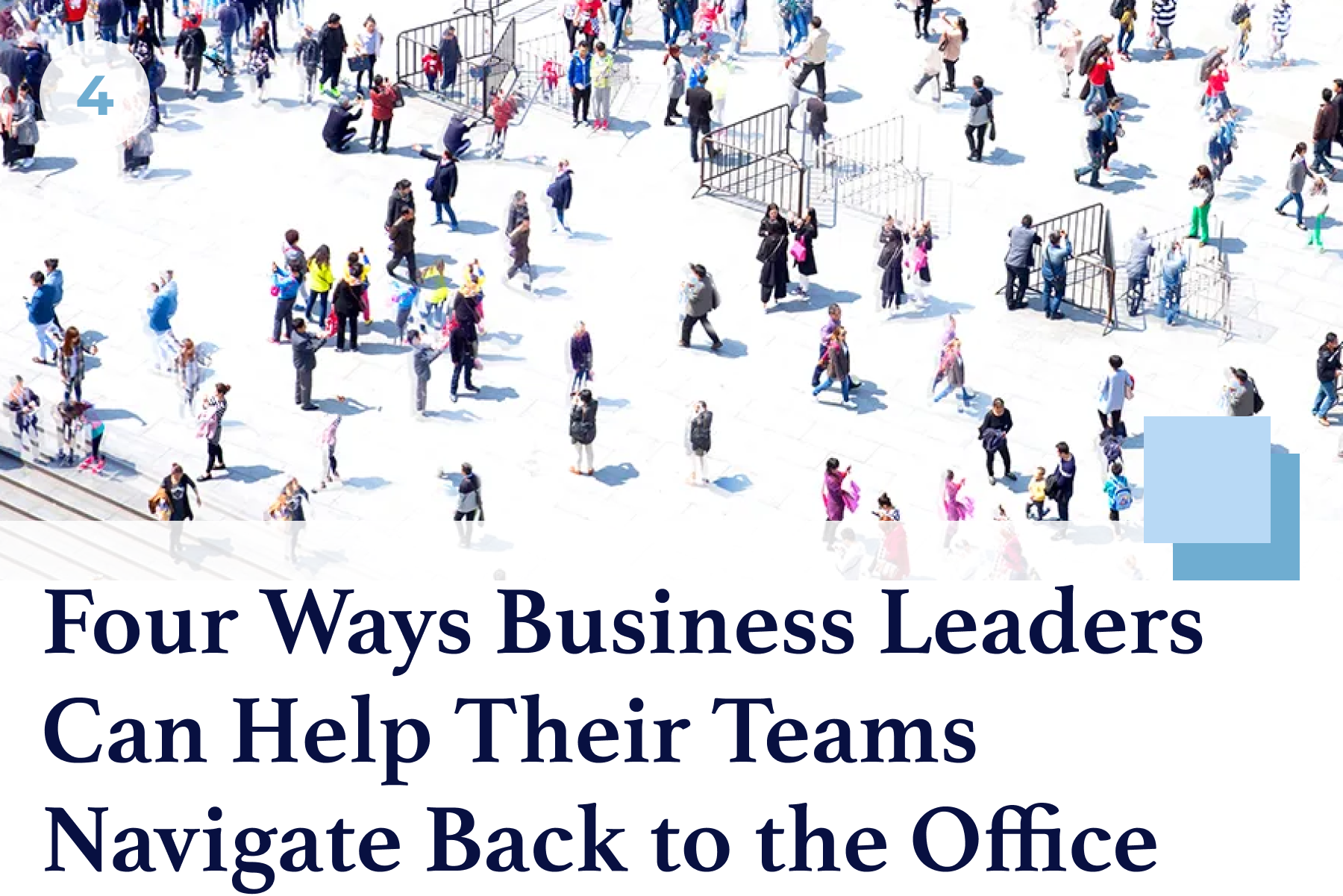 Whether we’re ready for it or not, things are beginning to get back to business as usual when it comes to how work gets done. For many, this transition back to work might have felt like a long time coming, but now that it’s actually happening, it may feel a lot more like whiplash. Helping your teams readjust to office life won’t necessarily be easy. It will require flexibility, a willingness to expect the unexpected and, above all, a strong dose of empathy for what your employees are going through. By working with your team instead of delivering orders from on high, you can help ensure that you’re getting the best out of them while they’re getting the most out of their work. Read More

The Amazon Tech Lounge will give you the opportunity to meet with Software Development Managers and Software Engineers themselves to hear about the work they’re doing. Additionally, you will be able to meet members from Amazon’s Recruiting teams to hear more about the application and interview process. All attendees will have the opportunity to win an Echo Dot, Fire Stick, and Amazon Gift Card! Learn More