These are difficult times for the tech sector. Big names like Amazon, Meta and Twitter are announcing layoffs in the tens of thousands as continued post-pandemic uncertainty hangs over the global economy.

In this phase of the economic cycle, it’s all about resilience, which is just a fancy word for tough. And the cities of the Silicon Heartland know all about tough – which is why I’m excited to see continued growth and innovation among tech entrepreneurs and investors in the middle of the country.

A perfect example is Pittsburgh, where One America Works recently hosted an event on how to make the city’s strengths as a tech hub even stronger. We brought entrepreneurs, investors and other players in the region’s tech ecosystem together to discuss access to capital, talent development and the city’s “brand” as an innovation hub.

Demand for talent, especially in the city’s cutting-edge robotics and automation sector, remains strong. The tech sector isn’t a monolith, so while some firms may be shedding jobs, other firms – especially rising startups – are adding jobs.

In fact, the Pittsburgh Robotics Network recently noted that even after the closure of two robotics startups, with a combined total of 800 employees, there are still 1,000 open positions across other firms in the region’s robotics sector.

That’s resilient, that’s tough, that’s Pittsburgh. And that’s why the people and places of the Silicon Heartland keep going from strength to strength. 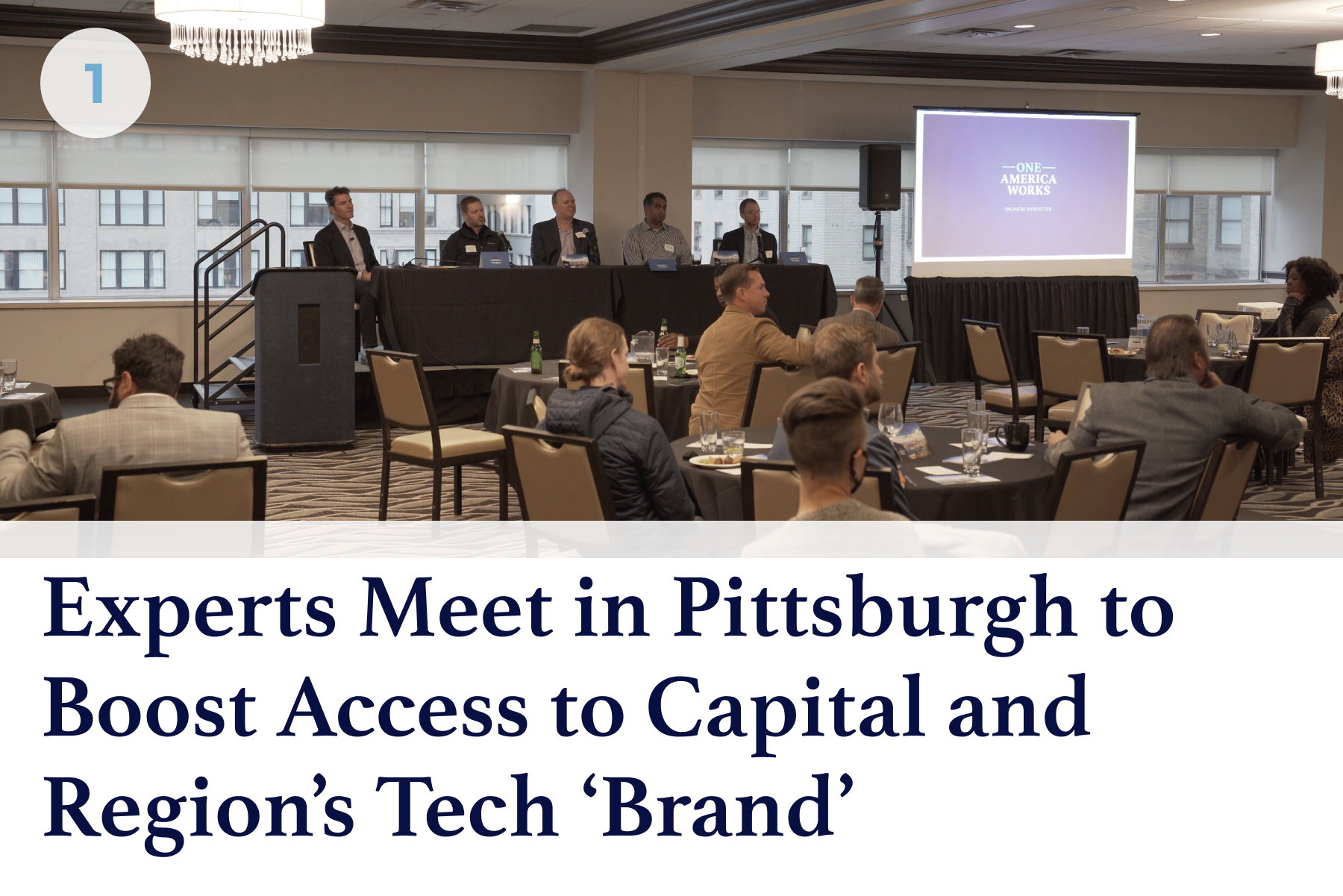 As layoffs roil Silicon Valley, tech industry experts met in Pittsburgh recently to discuss the needs of startups and other innovative firms in the middle of the country to ensure their continued growth. The Oct. 20 event, hosted by One America Works, focused on how to bolster tech ecosystems in non-coastal cities, building on the existing strengths that make them successful in good economic times and resilient in challenging economic times. Read More 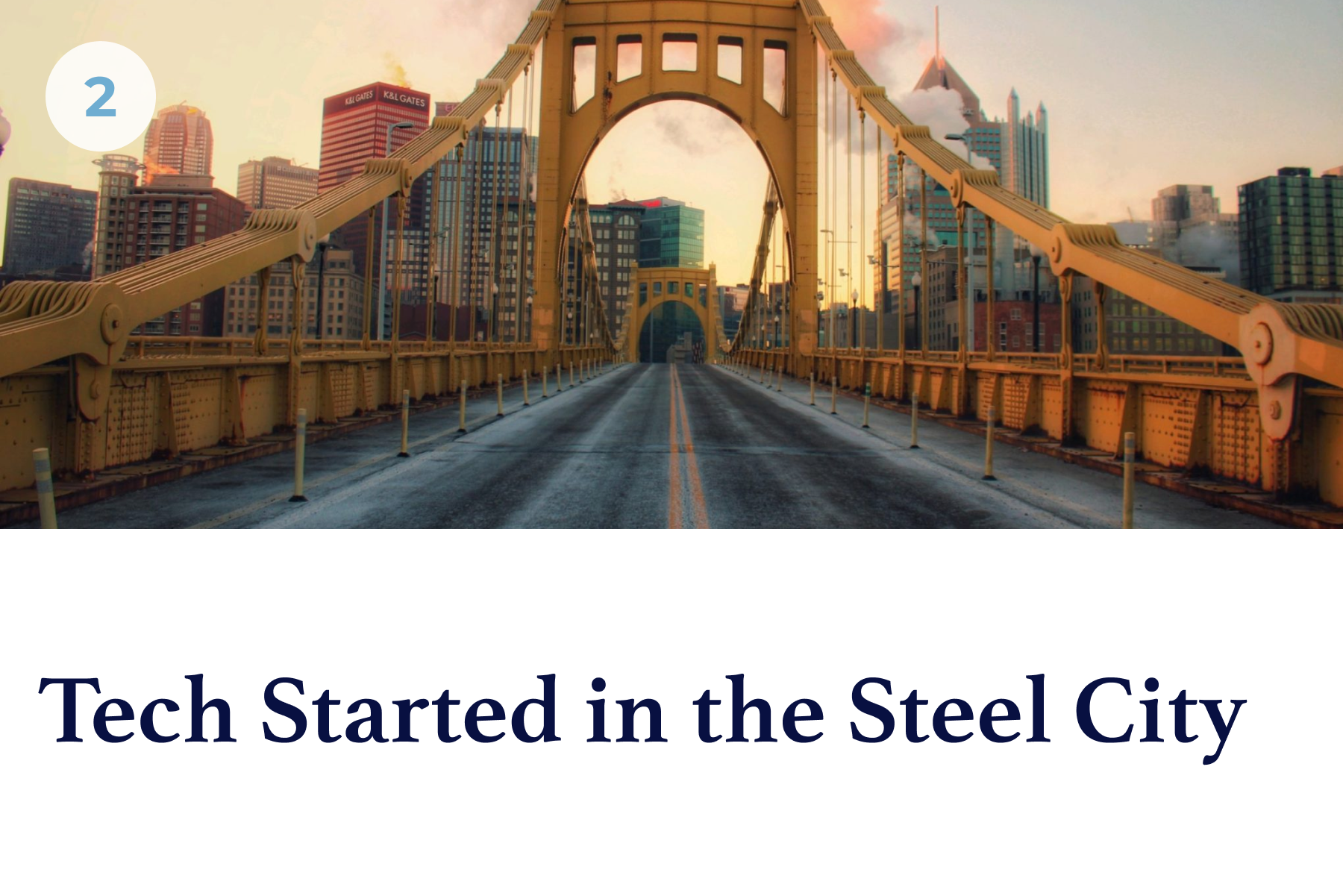 Pittsburgh has been a hotbed for innovation and progress for many years. From the steel industry to technology to medical research and more–this city has been a driving force for change and progress. While other cities may get more attention, Pittsburgh should be recognized for its many contributions to society as a whole. Read More 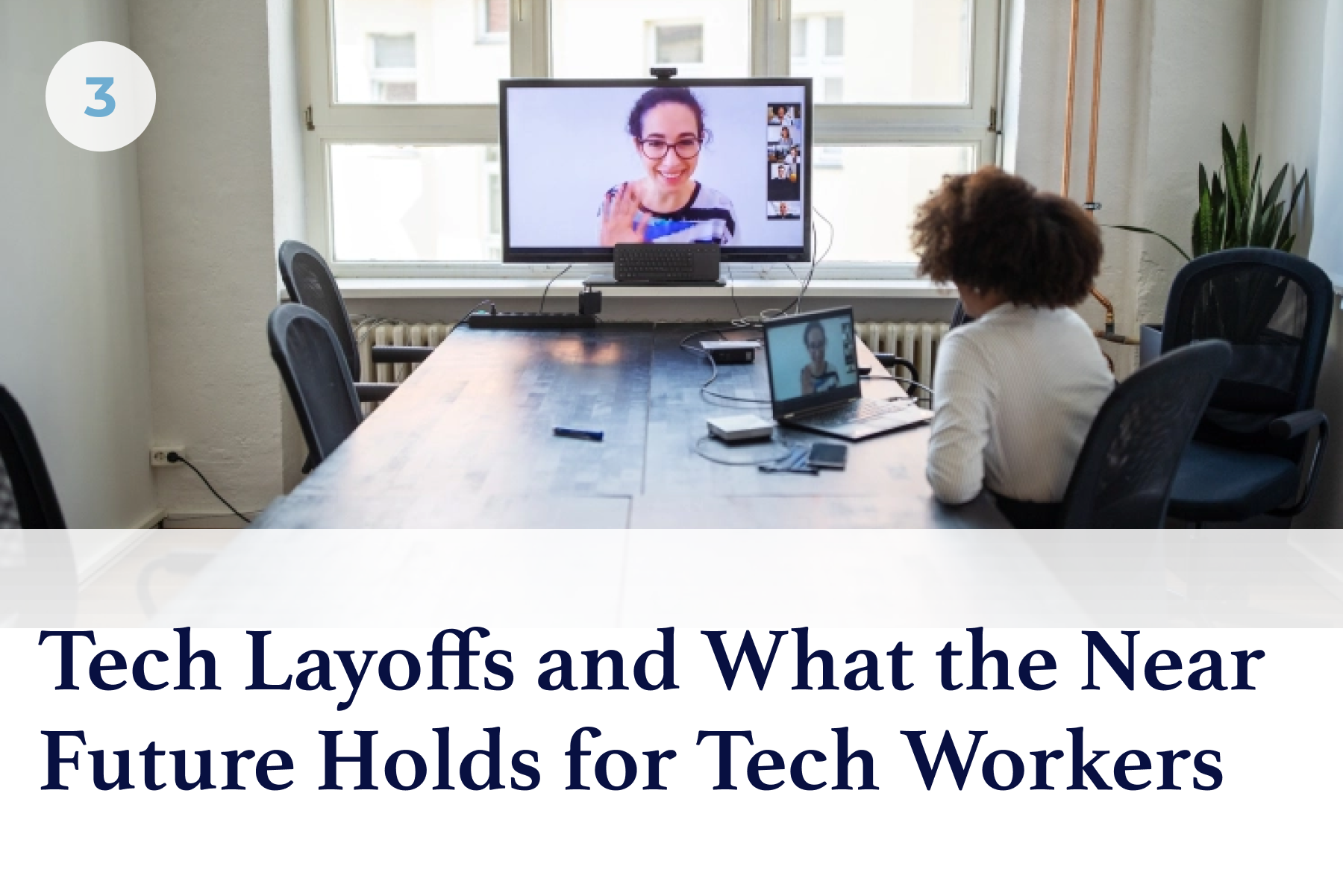 With nearly 50,000 layoffs in tech so far in 2022, tech workers have reason for concern. But there is one silver lining: The rise of remote work has created more opportunities for laid-off tech workers. With more companies embracing remote work, tech workers simply have more opportunities for employment. What lessons can we learn and how do these cuts impact workers? This massive pendulum swing shows the risks of growing too quickly. And it’s not all bad news. Read More 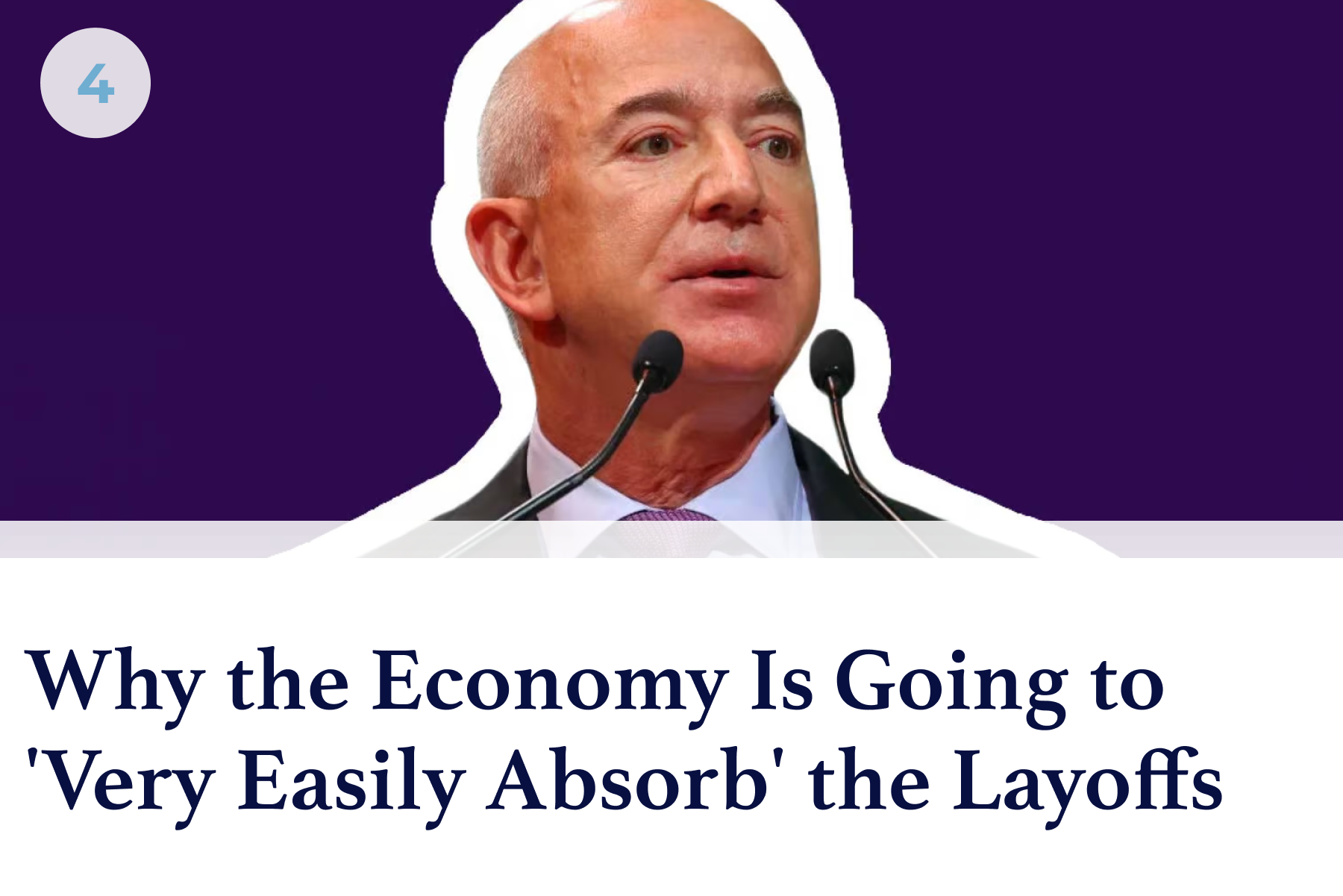 Some experts say that news of Silicon Valley’s sweeping layoffs are simply indicative of a transition in the economy. Tech stocks may have been plummeting — however, there’s been a surprising rebound in the manufacturing industry.

Manufacturing grew by 32,000 jobs last month — and now provides 137,000 more jobs than it did before the pandemic. “There have been several chip manufacturers that have announced very large investments in the United States. That’s gonna be 50,000 to 60,000 jobs over the next five to 10 years,” says Christopher Kayes, a professor at the George Washington University School of Business. Read More 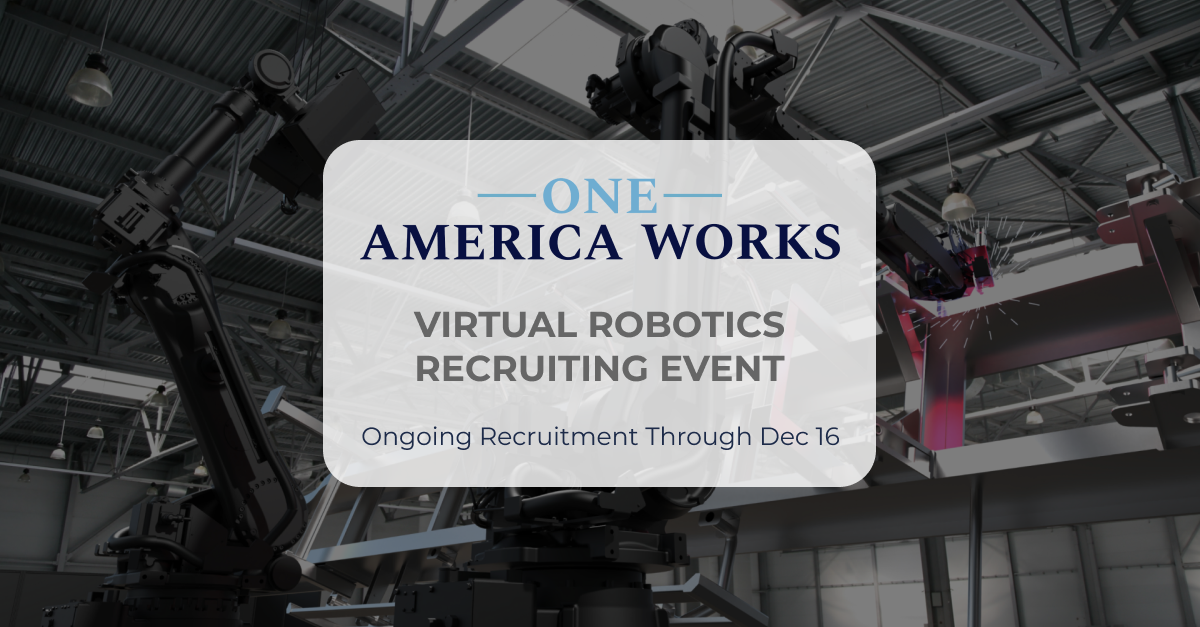 Over the next few weeks, One America Works is hosting a Virtual Robotics Recruiting Event. Complete one application to get connected with several high growth companies like Astrobotic, Waymo, Duality and many more. Visit our events page to sign up and view our full list of partners. Register Here