Columbus: The Future of a Smart City

Columbus, like many mid sized American cities, is concerned with mobility. Studies have deemed Columbus the fastest-growing city in the Midwest, and this is only aggravating deeply rooted problems with congestion, disconnected neighborhoods, and steep single occupant vehicle commuter rates. Working smarter, not harder is a step in the right direction for Columbus. Mayor Andrew J. Ginther of Columbus, Ohio got at the core reasoning of why this city is aspiring to be the first in-depth Smart City when he said: “Transportation is not just about roads, transit and ride sharing. It’s about how people access opportunity. And how they live.”

Over the last few years, Columbus has emerged as the front runner in developing smart transportation technology systems that improve quality of life, invite economic growth, and foster sustainability and community. They have created stakeholder buy-in from the government, the public, investors, and more that has pushed forward the efforts. 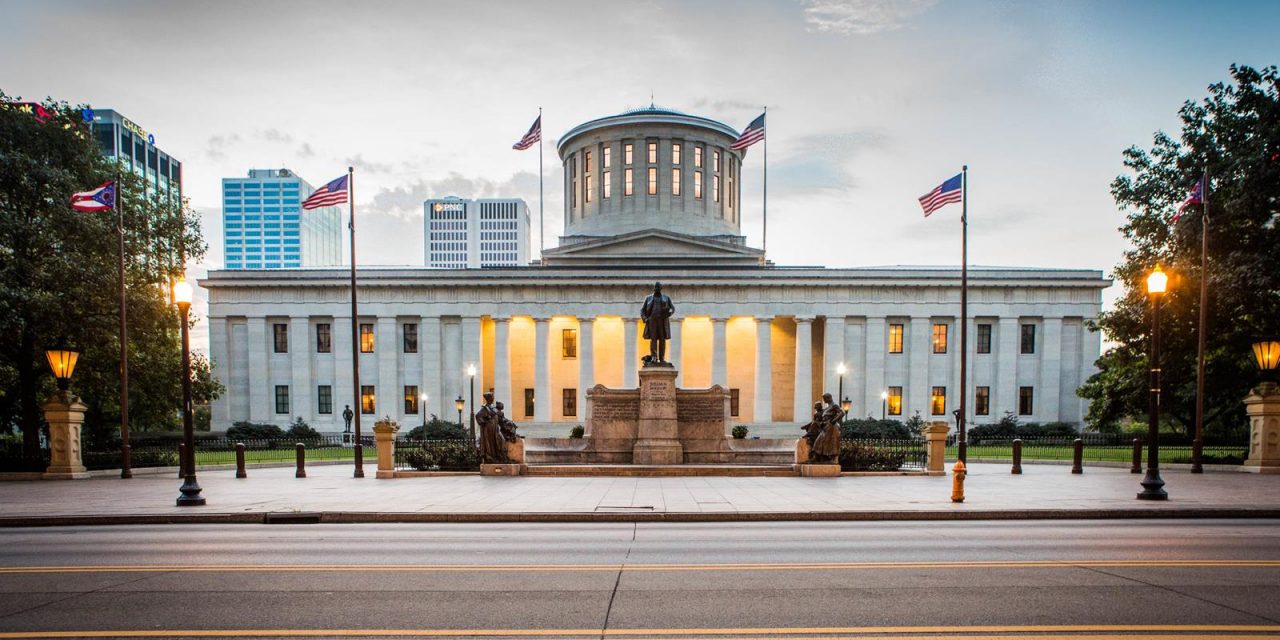 Converting Columbus to a smart city is a huge undertaking, and one that requires large amounts of capital. Notably, in 2016 Columbus beat out 77 cities across the nation when they secured a $40 million grant from the first-ever U.S. Department of Transportation Smart City Challenge and the designation as America’s Smart City. Additionally, Columbus received another $10 million grant from the Paul G. Allen Family Foundation. Together, this $50 million investment provided Columbus the seed funding necessary for Smart Columbus to take off.

Smart Columbus is a regional Smart City initiative with leadership from the City of Columbus and the Columbus Partnership. After securing the federal and philanthropic dollars, the doors swung open for other cross-sector investments. The Smart Columbus Acceleration Fund was designed as a way to advance the opportunity further with “coordinated and aligned investments by the private and public sectors that will complement, scale and sustain Smart Columbus projects and programs into the future,” according to Smart Columbus.

What began as a simple $50 million investment quickly grew to $90 million as Columbus leaders rallied around the grant award hype. That $90 million has grown rapidly to over $500 million as partners buy into the vision figuratively and literally. Read more about some of the key investments here.

Building a Smart City requires collaboration and coordinated efforts among key stakeholder groups and systems. Columbus has developed a strategy for its Smart initiatives that includes building a strong foundation, testing technologies and continuing to learn and improve systems, and working to influence community patterns and residents’ behaviors to embrace the changes.

Columbus wants to attract top R&D companies and talent throughout the process. This involves both training up the existing workforce for the new jobs and drawing in new talent as it creates an entirely new Smart industry.

This goal is two-fold. Improving quality of life with enhanced access to affordable housing, adequate healthcare, food, higher education, and more will help attract and retain the talent for economic growth. More importantly, Smart Technologies will be a part of the solution in improving quality of life as systems are developed that build better access to these core life areas.

With the move to Smart Technology also comes the opportunity to integrate green practices that will reduce greenhouse gas emissions.

One of the early successes was Columbus’ construction and opening of the Smart Columbus Experience Center where visitors can see and interact with emerging technologies. Even more, they are able to learn about the changes happening in the Columbus region to make Columbus “smarter” and neighborhoods safer, equitable, vibrant, connected, and sustainable well into the future.

Another project with some early activity is around the smart operating system. This is a key component of the smart project portfolio as a whole, and a lot of work has been done around this in the years since receiving the USDOT funding. Before it was being developed, the hope was that it would collect cross-sector data and make it accessible to various stakeholders to improve quality of life of Columbus residents through technological advancements. The 2.0 version of the system was launched in 2019 and currently stores over 3000 datasets for everything from traffic patterns and weather readings to food services and health behaviors. These are helping inform some of the ongoing projects for Smart Columbus including Connected Electric Autonomous Vehicle (CEAV) projects, Mobility Assistance for People with Cognitive Disabilities (MAPCD) and Multi-Modal Trip Planning (MMTPA). 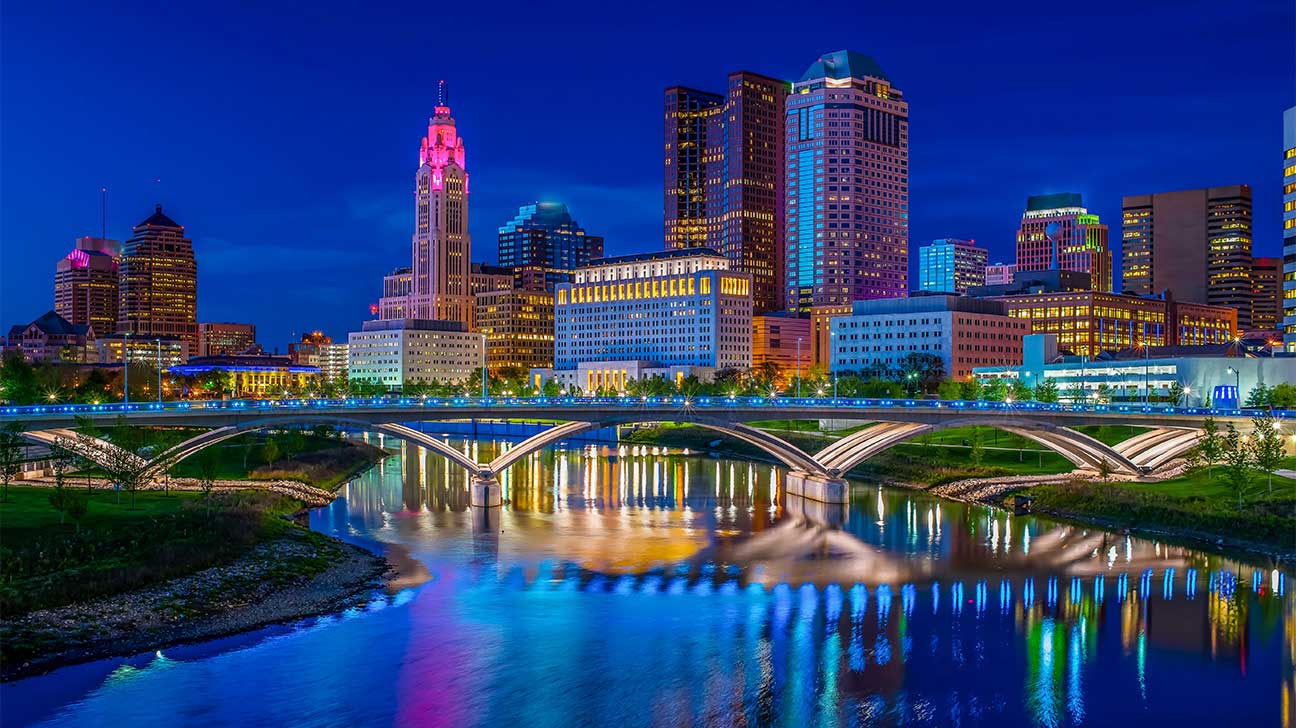 Taking on an initiative this large with this much cross-sector collaboration comes with a unique set of obstacles. For instance, Columbus is looking to add one million residents by 2050. How is Columbus looking to embrace the changes that are disrupting the economy and communities?

Regional and city leaders are being proactive in their engagement with residents to make sure that large groups and populations are not left behind with all the economic change. One strategy is to work with the community to identify some of the social and economic problems that exist in the Columbus region. Then, consider what types of technological tools are available to alleviate some of these problems. This way, the incoming opportunities are directed into neighborhoods where the need exists and is most apparent.

As Columbus begins to grow, it will see disruptions in mobility and housing among other things. Leaders are working to ensure that the city is working smarter not harder. Simply building more won’t solve any problems. They need to invest in infrastructure that will accommodate the growth. Technology can help with mapping out density and maximizing efficiency with mobility tools. Even more, they are looking for a shared approach to transportation with a variety of options including autonomous vehicles, connected vehicles, mass transportation, and micro-transit opportunities.

Why be a Part of the Change

Cities like Columbus who are on the cusp of technology and innovation are appealing to companies looking to expand and move. While Smart Columbus is a wildly attractive initiative, the city also boasts other enticing features.

Crossed by eight major interstate highways, the Columbus Region has easy southbound access through the Mid-Atlantic states to the Southeast. The Region’s east-west corridors traverse the country from coast to coast and into the Rockies. Companies here are able to take advantage of easy access to all over North America, making it an inviting option for corporate headquarters.

The cost of living is low and median income is high in this Midwestern city. Median rent is $840 per month and median home price is $266,496 making Columbus’s housing expenses 23% below the national average. The median annual household income is $51,708.

With these other features, Columbus is doing well in retaining talent, especially in the tech sector. One study even shows a tech talent pool in Columbus of over 48,230, which is a 13% increase in five years, beating out nearby cities Pittsburgh, Cincinnati, Indianapolis, Cleveland and Nashville.

To learn more about Columbus and other up and coming cities, visit oneamericaworks.org.